It's time to test your knowledge of what's happened this week with our favourite celebrities. Have you paid attention to everything that's gone down? Take the quiz! 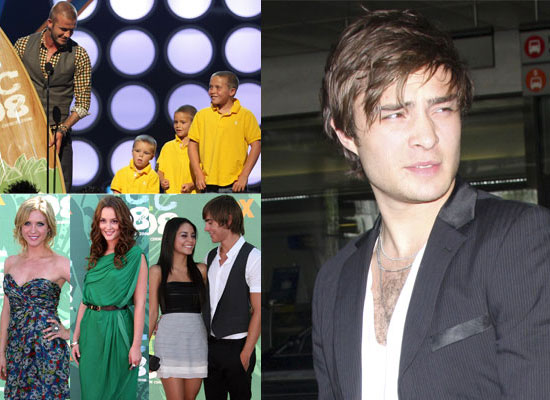 Which actor did we spot on a boat with binoculars at the beginning of the week?

Which British TV presenter was fined for using her mobile phone whilst driving?

Who picked up the Choice Comedian award from Drake Bell and Sophia Bush at the Teen Choice Awards?

Which upcoming Michael Cera movie did I post the trailer for?

Which ex-Eastenders star did we find out had recently married a model in a quiet ceremony?

Which of Amy Winehouse's family members is to guest present a radio show?

Which couple went to watch Leon at Somerset House in London?

Who is Elle UK's cover star for September?

Who did we spot filming new ITV series Britannia High with Mitch Hewer?

Which "Gossip Guy" is guesting as Glamour UK's relationship advisor this month?