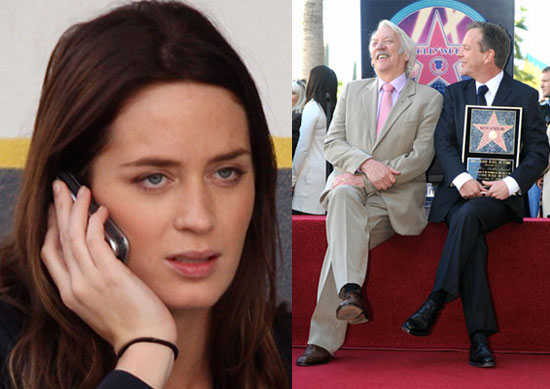 Which The X Factor finalist sobbed onstage when Diana Vickers was announced to leave the competition?

Which ex-Hearsay member announced she is pregnant this week?

Which celeb's perfume is named 'Besotted'?

Who won the Best Live Stand Up award at the British Comedy Awards 2008?

Who did we see wrapped up against the cold in New York carrying two coffees?

Where are Blur's London-based reunion gigs taking place next summer?

How much weight did I'm A Celeb... winner Joe Swash lose in the jungle?

Which singer showed off a new bright orange cropped hairstyle this week?

"I don’t normally think about being sexy. I think, 'Do I look presentable? Do I look sane?'" Who said this?

Who added a little femininity to the male-dominated Sherlock Holmes film set this week?