Happy Saturday! What a fun week it's been. There's been lots going on – the big wedding of Coleen McLoughlin and Wayne Rooney was the main event in a week chock-full of fab celebs like Dave Grohl, Agyness Deyn, Lily Allen and Zooey Deschanel. Now I want to see what you remember in my Pop Quiz – Good luck! 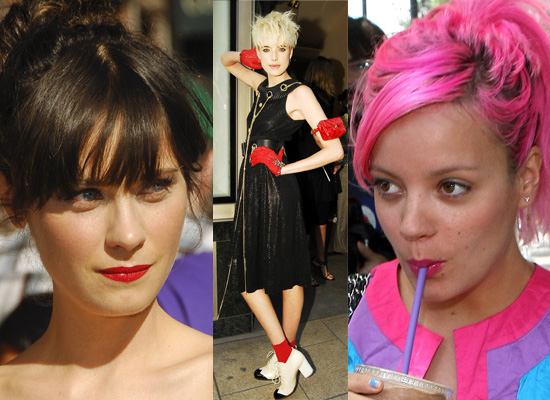 Who did we spot in the park with her acoustic guitar this week?

Who dined out with Lindsay Lohan and Samantha Ronson this week?

Which British actor did we spot in Berlin promoting his new movie?

Which Gossip Girl star sat in a London deckchair to look over some scripts?

Who is the new judge on The X Factor?

Which model is to be sculpted in solid gold and then exhibited at The British Museum?

Which former Nickelodeon star plays the lead in The Wackness?

Who has their sights set on the 2012 Olympics?

How old were newlyweds Coleen and Wayne Rooney when they started dating?