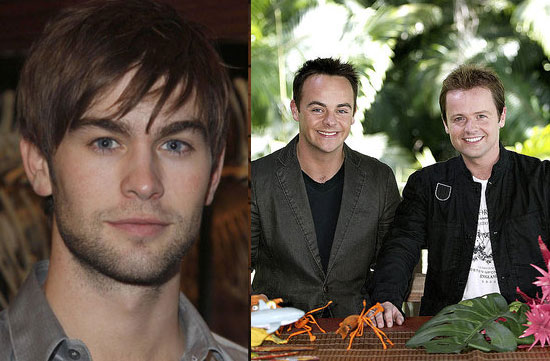 There was controversy over Laura's exit from The X Factor last weekend, but what is her surname?

Who said this? “I have a reputation for being aloof, but the truth is I’m initially intimidated by people. Get me started though and I won’t come up for air.”

Take That have been confirmed to perform on The X Factor, but when?

Ex-Take That member Robbie Williams was reunited with his former bandmate Gary Barlow at a football game this week. Who was playing?

It was T4's 10th Birthday last weekend, but who did you vote as your favourite presenter?

What's the name of McFly's Children In Need single?

Which ex-Eastender is part of the I'm A Celebrity... Get Me Out Of Here! lineup?

Which Girls Aloud member is apparently in talks to appear on the cover of Vogue?