It's been another news-filled week, some happy and some extremely sad. We spotted lots of our UK-based stars out and about and spied on those across the pond too... but how will you do in our Pop Quiz? Have you been concentrating? Let's see... 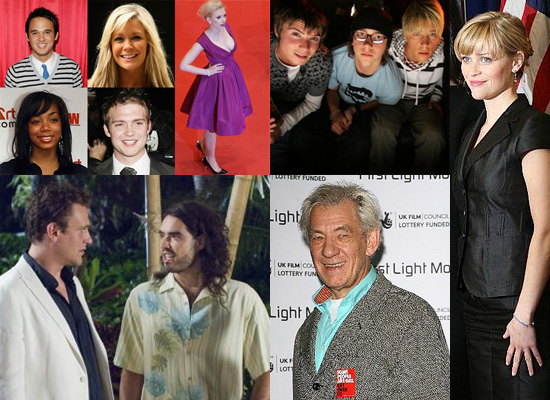 Which Brit couple flew out to LA at the beginning of this week?

You think Chris Fountain will win this reality TV show. But what is it called?

What accent does Scarlett Johansson think her attempt will sound like when she plays Mary, Queen Of Scots?

Which actor was spotted out wearing a kilt for a charity event this week?

Who presented the First Light Movie Awards for budding filmmakers?

Which stunner launched her underwear range in the UK this week?

Which music star was spotted at Dover Street Market in London?

Which TV presenter is starring on the front cover of April's Arena magazine?

Which presenter tried out his model poses at the P&G Beauty & Grooming Awards?

And finally, I previewed this Russell Brand-starring Hollywood movie, but what was it?