Wow, what an awesome start to 24 Day 7! Sky One treated us to the first and second episodes back-to-back last night, and I am totally hooked. The big excitement is that Tony Almeida is back from the dead and a bad guy. CTU's disbanded so we're now in the world of the FBI in DC; there's a female President, who's trying to deal with General Juma's genocide in Sangala, Africa; and Tony is involved in a terrorist plot to infiltrate Homeland's firewall and take control of the power grid, skies and water supply. Take my recap quiz to test how well you were paying attention. Enjoy! 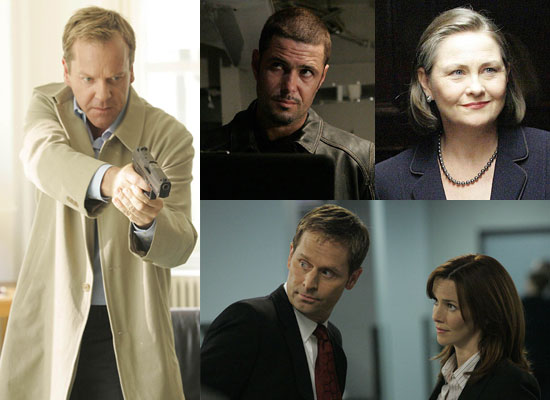 What is Jack questioned about during his trial at the Senate hearing?

What do we discover happened to President Taylor's son Roger?

What happens to Gabriel Schecter?

For what does Tony use the CIP module?

What does President Taylor ask Prime Minister Motobo to do?

How does Jack recognise the sniper?

Tony's boss, David Emmerson, gives the module to Juma's Colonel Dubaku: why does Dubaku want it?

Who does President Taylor's husband Henry visit because he's suspicious of their part in Roger's death?

Who turns up in a helicopter after the bad guys escape with the module?

What does Jack say to Tony at the end?