It was a case of out with the old, in with the new on Brothers & Sisters last night. Nora needed to clear space to create an office for her non-profit venture, so she decided to hold a garage sale full of William's belongings. Meanwhile, Robert was trying to find a Communications Director to replace Kitty, and Holly was trying to build bridges with Rebecca, whilst continuing her investigations in to Ryan's whereabouts. Take my recap quiz on yesterday's installment to test how well you were paying attention. 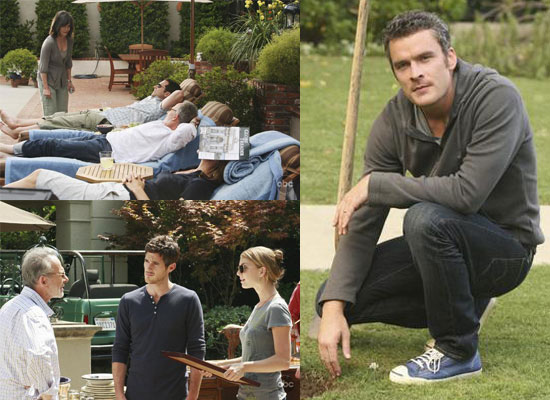 How much money did they make from the garage sale?

Which of these was NOT included on the list of things Holly's associate said he had discovered about Ryan Lafferty?

Rebecca finds a picture at the garage sale which Holly painted. Who does Holly say they wanted to look like when they wore straw hats?

Which category of items was Julia assigned to at the garage sale?

Which of these was NOT in Tommy and Sarah's time capsule?

Justin gets the monkey figurine back for Nora. For how much had they sold it?

Which of these did Robert NOT give as a reason for offering Kevin Kitty's job as Communications Director?