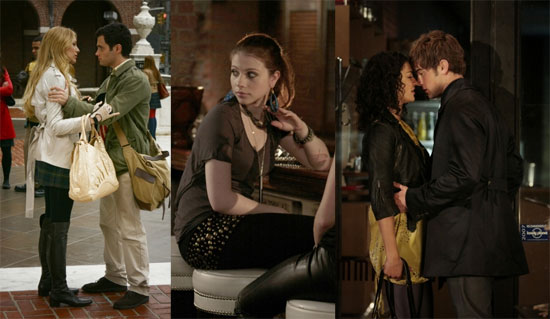 For more on how the New York based gang survived their exams and my thoughts on the brewing romance between Nate and Vanessa, read more.

By the end of the episode, Serena was a little less wishy-washy than usual and threatened Georgina that they will both go down if she reveals the big secret. But what is it?! Still, now Serena is shutting out Dan and letting Chuck take care of her — and that might leave Dan vulnerable to the charm of "Sarah" – Michelle Trachtenberg has a few episodes to go in her guest starring role!

So what did you think of last night's episode? Let me know!!