I'm still liking Lipstick Jungle more and more each week, though I still think it's trying a little too hard. I'm still not absolutely loving Victory's scenes, but she and the show is growing on me. Wendy had some good moments, and Nico's affair took a nasty turn. Make sure you don't miss Fab and Bella's fashion and beauty quiz about the show, but first, here's more of my thoughts: 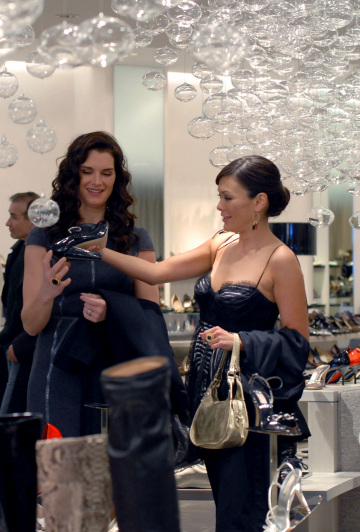 Let me know your thoughts, I can't wait to hear them!