Wow, that was maybe the most jam-packed Pushing Daisies episode yet. Funny lady Molly Shannon turned up as the owner of a taffy business that was trying to steal the Pie Hole's customers, Ned solved a murder and ended up framed for another, and Olive had a new romantic opportunity — if only she could have recognised it. But my favourite thing about the episode was how much we learned about Ned. Here's some more of my thoughts: 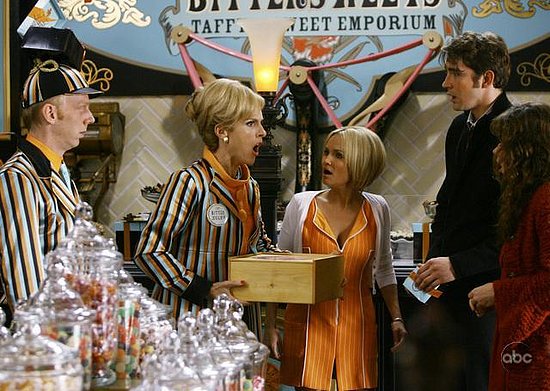 For some more of my thoughts and to read your own, just read more

Will Chuck be able to forgive Ned? Will Dilly continue to terrorize the Pie Hole? We'll find out next week. Let me know what you thought of this ep!