I think it's fair to say that The Brits pretty much took over this week. Yes, Wednesday's ceremony was full of exciting collaborations, a dash of gossip, and some inebriated celebs both at the ceremony and the ensuing parties. But so many other things went on too, did you keep up with everything this week? 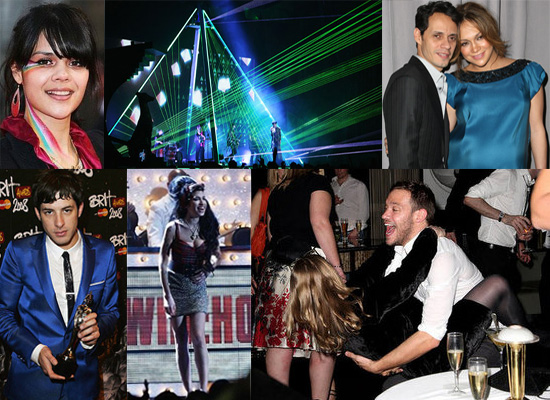 Who is diving back in the water for Sport Relief this year?

Which reality TV couple announced their split this week?

What was the name of Maxxie's stalker in Skins?

Which member of Girls Aloud didn't show up to The Brits?

Sean Bean got married this week. How many wives has he had now?

Which band turned up to the Brits in costume, wearing farmers' clothes?

Who was pictured holding several glasses of champagne at a Brits afterparty?

Her dress turned see-through on the red carpet, and you voted her worst-dressed at The Brits. But who is she?

Who is hosting the Independent Spirit Awards today?

Who proved she loves the Magnolia Bakery's cupcakes as much as those SATC girls?