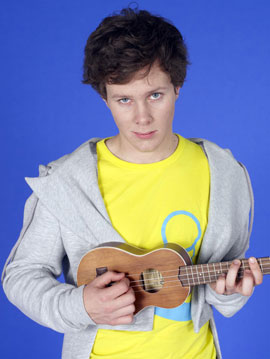 This week I was lucky enough to have the chance to interview Ollie Barbieri — who plays JJ in Skins — ahead of tonight's episode, where JJ takes centre stage! In part one of my interview, Ollie gives us some thoughtful answers about his character, how the show represents real life teenagers, the fame levels of Robert Pattinson and much more!

To read the rest of my interview with Ollie, where he describes his other castmates in three words, ponders the fame of Robert Pattinson and discusses being recognised, just read more.

Let me know what you think of Ollie's answers, watch him in Skins at 9pm on E4 tonight, and stay tuned for part two of my interview with the lovely chap very soon! If you've missed this episode or any of Series 1 to 4 the box set is out on March 22!