Yesterday FabSugar UK and I headed down to Weston-Super-Mare to check out all the acts performing at this year's T4 On The Beach! Peter Andre showed up to perform his new song "Behind Closed Doors" — although his time onstage was unfortunately beset by difficulties when he fell off the stage, and then his earpiece fell out so he ended up singing a little out of time with the track. Despite all that when we met him backstage he was a lovely guy, taking the time to talk to as many people as possible and chat about his new music. Although he wasn't talking about Katie Price or his divorce, we chatted about the new single, and he said: 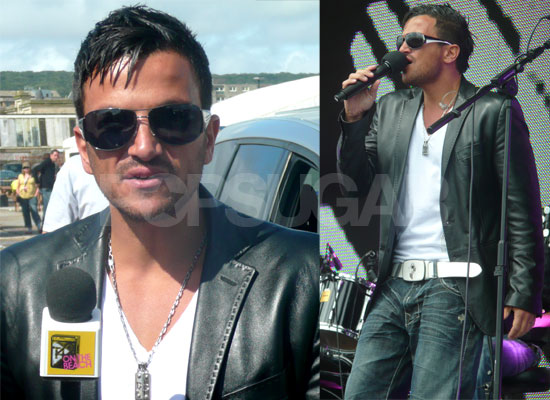 What a lovely guy. Stay tuned for more photos and stories from T4 On The Beach today!

To see lots more exclusive PopSugarUK photos of Pete onstage and backstage at yesterday's event, as well as video of his performance, just read more.