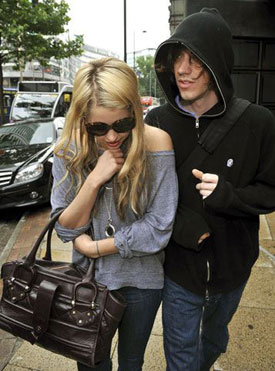 So it was a case of another week, another whole load of Peaches Geldof-related business.

She started the week by flying off to meet her dad Bob, who has reportedly now given her marriage his blessing, and then returned to Blighty to catch up with that husband of hers, who's been playing with Chester French as they tour the UK with N.E.R.D.

Were you paying attention to everything else that went down this week? Find out by taking our pop quiz!

In which club did Madonna dance the night away for her 50th birthday?

Which island did Peaches Geldof fly to this week to join Bob and Pixie?

Who lashed out at a passer-by outside Ronnie Scott's?

What is the name of Will Young's new single?

Which comedian turned 37 this week?

Which band appeared on The Secret World Of Sam King on Thursday?

Whose Radio One show will Sara Cox take over in September?

How many Kerrang! Awards did Jared Leto's band 30 Seconds To Mars win?