I started the week full of excitement after partying at T4 On The Beach — where I chatted with Kelly Rowland and Joe Dempsie (aka Chris from Skins) — and then I celebrated Daniel Radcliffe's 19th birthday. You can test how well you know the Harry Potter star and then check how well you were paying attention to everything else that went down this week by taking my weekly quiz. 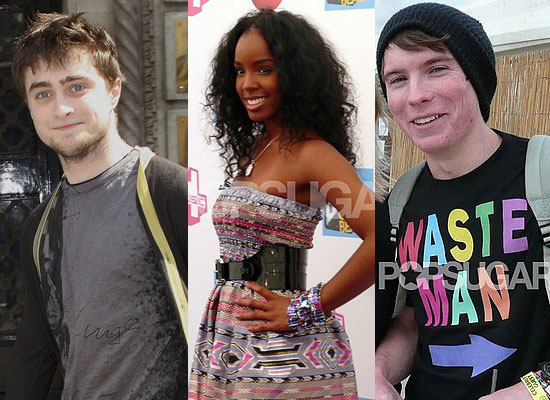 What star rating did I give The Dark Knight out of five?

Who has Robbie Williams been giving UFO tip offs to?

How many months was Blake Fielder-Civil jailed for this week?

Who said: "I asked God for sunshine and he gave it to me!"

Which singer's waxwork was unveiled at Madame Tussauds in London this week?

Who signed an expanded rights deal with Asylum UK?

Who was named Goodwill Ambassador for UK-Japan 2008 this week?

Who was the only British actress to make Forbes' top ten Hollywood earners?

What did Pete Doherty get fined £918.27 for at Yeovil court this week?

Who received an honorary fellowship from Liverpool John Moores University?