Although London Fashion Week came to an end last weekend, we were still attracting American-based stars to our UK shores this week. Mischa continued to party, John Legend told us about his music, and Adrian Grenier bagged a British entourage! Do you remember everything else that went down? Take our quiz to find out. 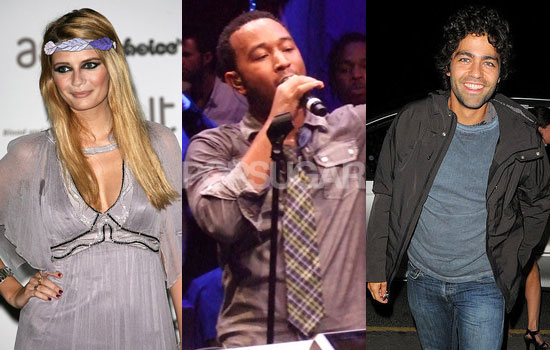 Who was named favourite reality TV star this week?

What is the name of Kate Winslet and Leo DiCaprio's new film, out in January?

What endurance challenge did David Blaine undertake in New York this week?

What did Dita von Teese sit on in London this week?

Who do Kelly Brook and Harry Enfield interview for a job on Tefal's new advert?

What was Brad Pitt filming an advert for in France this week?

Which university did Princess Beatrice start at this week?

Which category has Dannii Minogue been given on The X Factor?

Who was spotted leaving a club with Gemma Atkinson this week?

Who modeled knickers and not much else at the Agent Provocateur party?