Our week started with all the excitement of the Oscars and ended with the shocking revelation that Prince Harry was on the front line in Afghanistan, but were you paying attention to everything else that was going on? 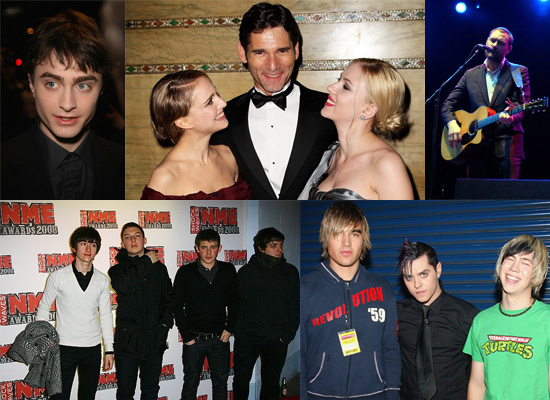 Who congratulated Daniel Radcliffe at the Theatregoers' Choice Awards with a kiss on the lips?

We gave you a recap of Skins Episode 3 on Tuesday — which character died?

We reviewed David Gray's Brighton Dome performance at the beginning of the week: who was his support act?

Two ex-Busted members are taking Matt Willis and James Bourne to court — how much are they seeking in lost earnings?

We revealed the celebrity line up for Sport Relief Does The Apprentice on Wendesday — which one of the following is not involved?

Which supermodel hosted the Dom Pérignon Party at The Landau this week?

Who said: "If there's one thing I've learnt this year, it's not to think too much about my image"?

What made Eric Bana laugh in our Q+A with the gang from The Other Boleyn Girl?

Although you voted for Victoria Beckham in our poll, who actually won Celeb Mum of the Year?

How many awards did the Arctic Monkeys win at the NME Awards?