This week kicked off with a couple of big glitzy ceremonies on either side of the pond — the Soap Awards here and the Costume Institute Gala in New York. Were you paying attention to everything that happened this week? Take our quiz to find out! 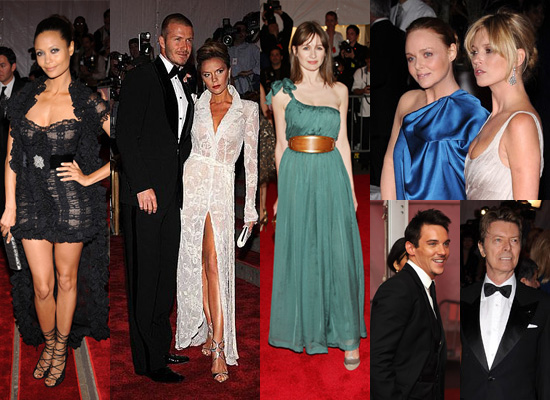 Which programme won Best Soap at the 2008 Soap Awards?

Who said this about her daughter: "I just tell her how beautiful and lovely she is and how much Mummy loves her"?

Pete Doherty was released from prison on Tuesday after serving how many days inside?

Who became a Knight in the Order Of Arts And Letters in France this week?

Which couple had fun with their family in Florida at Disney World?

What was Amy Winehouse arrested for on Wednesday?

Who showed off his new bob haircut this week?

Who performed at the reception after the City Salute attended by Princes William and Harry?

Mark Ronson and Daisy Lowe were spotted at Bungalow 8 on Thursday night: what is the age difference between these two lovebird?

Who did we see Roger Daltry kissing at the RD Crusaders concert on Thursday?