This week saw a couple of Kates visit our shores — Bosworth had fun promoting 21 and Hudson looked lovely at the London premiere of Fool's Gold. Jordan dressed up as a mermaid and Prince William was awarded his wings, but were you paying attention to everything else that happened this week? 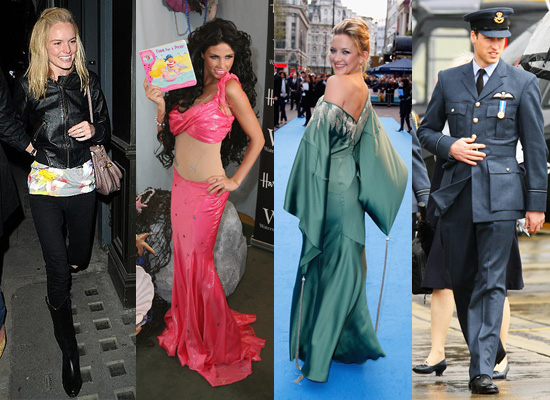 Who was voted best-dressed by readers of Glamour Magazine?

What did Myleene Klass dress up as at her 30th birthday party?

Who showed off her new blonde locks this week?

Who sang Carrie Underwood's "Before He Cheats" at Idol Gives Back?

Pete Doherty was sentenced to how many weeks in jail?

What is the name of Mel B's new clothing line?

Who spent time with Gordon Brown at Downing Street this week?

Who posed with J. K. Rowling at the Galaxy British Book Awards?

How many British Academy Television Craft Awards nominations does Skins have?

What is the subject of Robbie Williams' Radio 4 documentary to be broadcast in May?