We enjoyed seeing all the outfits on the red carpet this week, from the Empire Movie Awards and Olivier Awards on Sunday to the jewel tones that ruled at the TRIC Awards and Children's Champions Gala Ball. Were you paying attention to everything else that was going on? 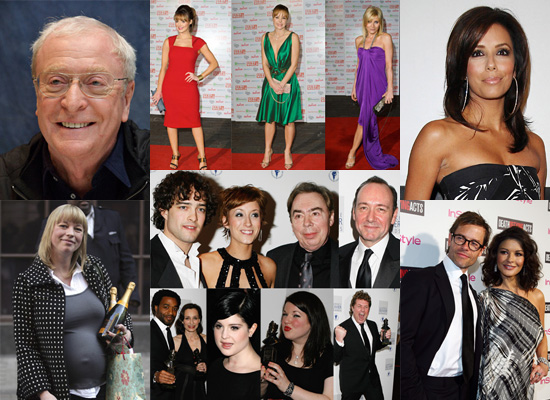 What movie won Best Film at the Empire Movie Awards?

Hairspray won big at the Olivier Awards, but how many gongs did it scoop?

This week's episode of Skins focussed on Chris, but who did Cassie slap?

Radio 1 DJ Sara Cox gave birth to a baby boy: what did she name him?

We're so excited at PopSugar UK to be getting Sex and the City: The Movie before the US! What date is it released in the UK?

Emma Griffiths got up close and personal with which radio DJ in the TRIC Awards winners' room?

Following her party at Beso on Wednesday, which birthday is Eva Longoria Parker celebrating today?

Minnie Driver finally confirmed her pregnancy on Thursday, but which other English actress announced she's expecting?

Michael Caine celebrated a milestone birthday yesterday: how old is he now?