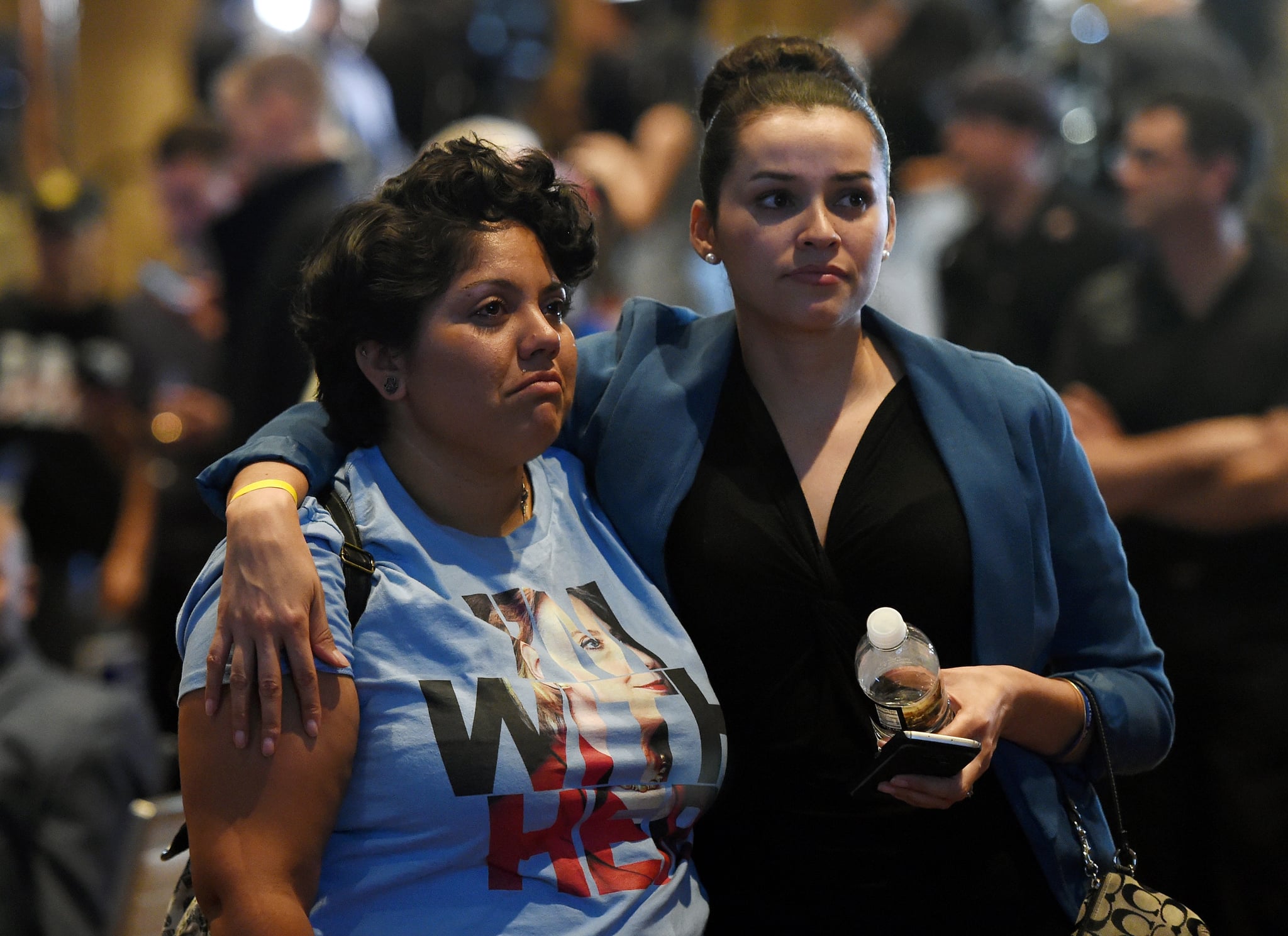 Donald Trump surprised the nation and the world last night by winning the presidency of the United States. The people whom he repeatedly insulted have not forgotten his vitriol, but they have not lost hope either. People who are distraught over the election's results are taking to Twitter to encourage one another, share positive takes in the wake of despair, and support those who are afraid for their safety. Here are some of the most raw tweets we saw, including from celebrities and Hillary Clinton herself.

To all my black, latinx, brown, indigenous, disabled, & LGBT+ ppl I love you all. No matter what happens tonight man, we will find a way.

The unthinkable happened before, to my family in WWII. We got thru it. We held each other close. We kept our dignity and held to our ideals.

Today and going forward we must be kinder than ever. And fight like lions. Our true American & human values are now a humanitarian effort.

"To all the little girls watching...never doubt that you are valuable and powerful & deserving of every chance & opportunity in the world."

Morning everyone. Going to spend next few days in shock & mourning. But we'll come out of this to fight like hell for our country & citizens

We stand together. We stick up for the vulnerable. We challenge bigots. We don't let hate speech become normalised. We hold the line. https://t.co/ro9AkRSc9Q

use your white privilege to protect PoC

use your cis privilege to protect trans individuals

use your straight privilege to protect queers

Van Jones, looking choked up, somehow manages to sum up the fear and pain that many are feeling tonight. pic.twitter.com/K7eiJdO8Aj

A life of public service. Thank you, Hillary. #StillWithHer pic.twitter.com/mEZTkfydj6

I will not kneel. I will continue to fight for equality. I will spread love. I will be a warrior of education & kindness. I will NOT kneel.

What a beautiful speech. And this is a BEAUTIFUL country. Gonna fight for it to stay that way. #StillWithHer

I hope @HillaryClinton knows there was nothing more she could've done. She was a warrior. And she made me proud. #StillWithHer

POC's and women have suffered the worst this country has to offer, we overcame then, we will today, we will tomorrow. #stillwithher gnight

I still believe in us. Despite this evident, great divide. It's time to come together. Hear each other. Not give up, cry, or gloat. Unite.

We are gonna fight like hell, but many of us need a moment. And that is okay. I love and see you.

We must reach out & hold on to each other... To our friends, families, communities who share our common goals of unity, compassion & faith.

We woke up
Our eyes are open
We do the good work
Of loving each other everyday
And fight the fight for both the big and the small.