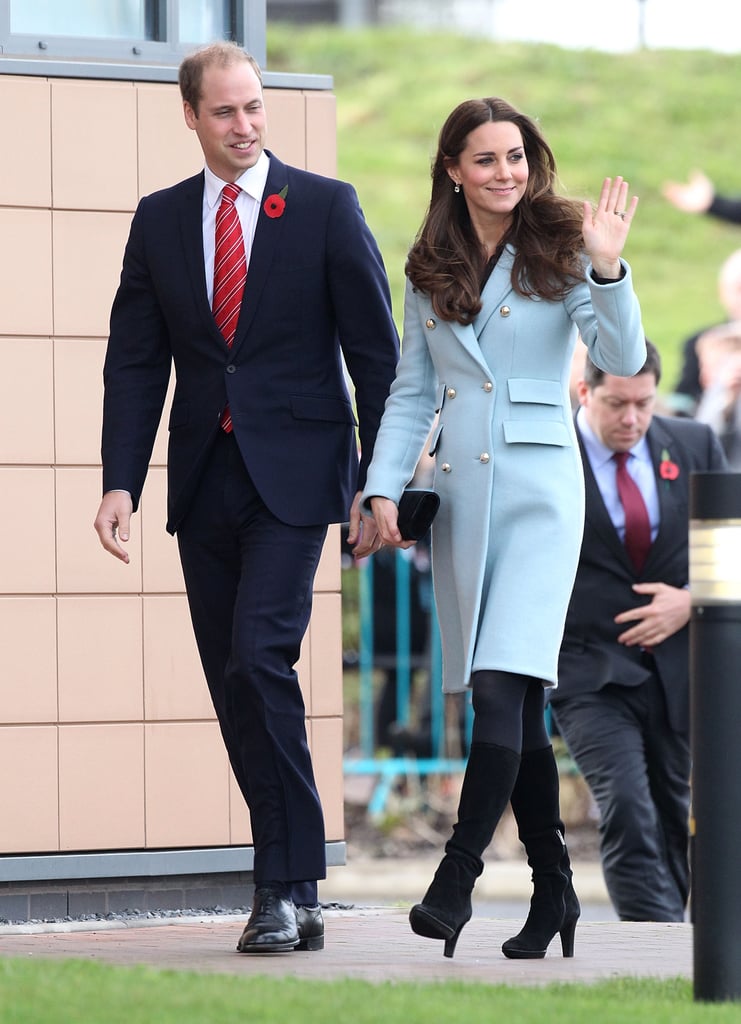 The Duke and Duchess of Cambridge spent their Saturday doing royal work when they visited the Valero Pembroke Refinery in Wales. Pregnant Kate bundled up against the chilly weather in an ice-blue Matthew Williamson coat, which gave a hint of her growing baby bump. The couple's visit is to celebrate the refinery's 50 years of success ever since it was officially opened up by Prince William's great-grandmother Queen Elizabeth the Queen Mother. The duke and duchess unveiled a special painting meant to mark the refinery's anniversary and were also given a gift of their own — a toy Valero truck for Prince George.

After recovering from a battle with severe morning sickness over the past few months, Kate has been slowly increasing her royal appearances. She made her first post-pregnancy-announcement appearance back in October when she stood by William's side to welcome the president of Singapore to the UK for an official state visit. That same week, she attended two other galas for organisations close to her heart, including Action on Addiction. After a short family vacation in Scotland, Kate is gearing up for more royal work and will attend two engagements next week.