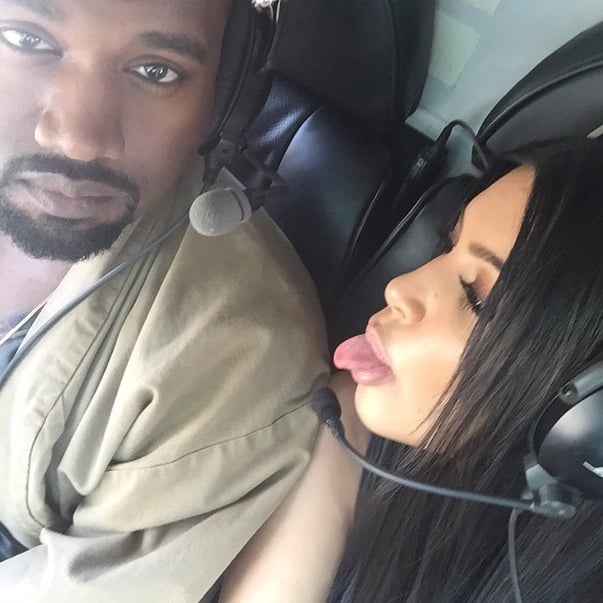 Kim Kardashian and Kanye West have officially touched down at the Glastonbury Festival. The duo arrived in the countryside in Somerset on Saturday, with Kanye leading the way for his pregnant wife after their helicopter landed. Naturally, Kim just had to take a selfie during their flight over. As the reality star stuck out her tongue, Kanye looked straight into the lens and gave us his best unimpressed face. "Glastonbury here we come," she wrote in the caption, preparing festivalgoers for Kanye's performance on Saturday.

The couple's latest stop follows up their time in London, where Kim put her cleavage and baby bump on display in revealing outfits. Earlier in the week, Kim took on the French Riviera with her "Cannes Clique," including the likes of Lewis Hamilton, Ryan Seacrest, and her famous family members. Kim and Kanye were all about family before their adventures abroad — on Father's Day, Kim revealed she's having a boy with a cute Instagram of Kanye with their daughter, North West. Keep reading to see Kim and Kanye take on England!