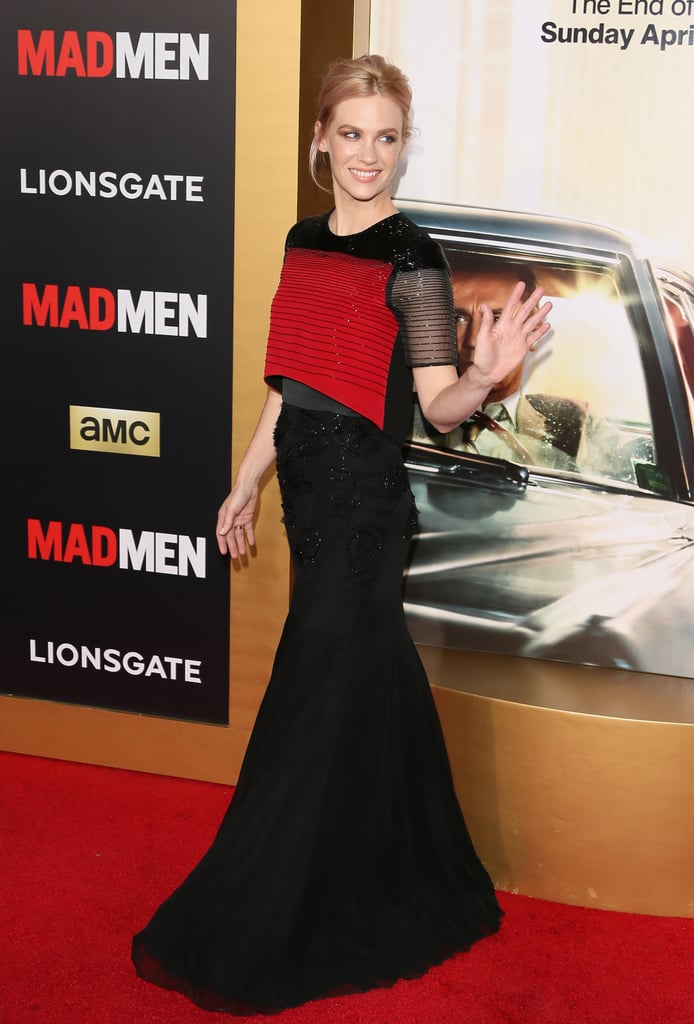 The cast of Mad Men graced the red carpet in LA on Wednesday night to celebrate the upcoming premiere of the final season of the series. The show's biggest players, including January Jones, Christina Hendricks, John Slattery, and Kiernan Shipka, broke out their black tie for the event, and even Jon Hamm stepped out with a smile. Earlier this week, Jon spoke out about completing rehab for alcohol abuse, but his struggles haven't prevented him from promoting Mad Men with multiple premieres and screenings over the past few days. He also appears on the cover of GQ Magazine's April issue, in which he speaks about being an actor and ending this major chapter in his life. Keep reading to see all the photos from the star-studded red carpet.