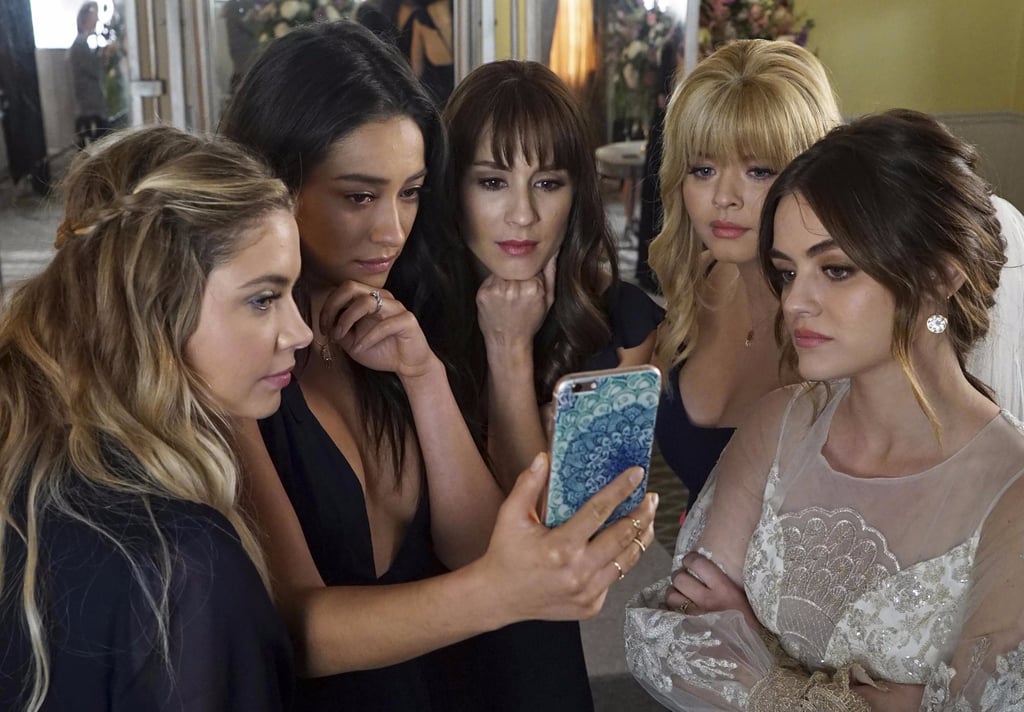 It has been a long, long journey to the end of Pretty Little Liars. The series premiered in June 2010, and now, seven years later, we've arrived at the series finale. Even though we're still clinging to the lingering hints about the last episode, we can't help but look back at everything we've gone through with Emily, Alison, Aria, Spencer, and Hanna. Just to show how far we've come, we captured each of the main characters (including Mona and Ezra!) as they appear in the pilot episode and compared them to their most recent appearance in the penultimate hour of the series. We excluded Caleb because he doesn't show up until episode 14 of season one, and we excluded Jenna because, even though she's in the pilot, she's been pretty MIA (for the most part) in the final 10 episodes. Let's see just how much (or how little) everyone else has changed.