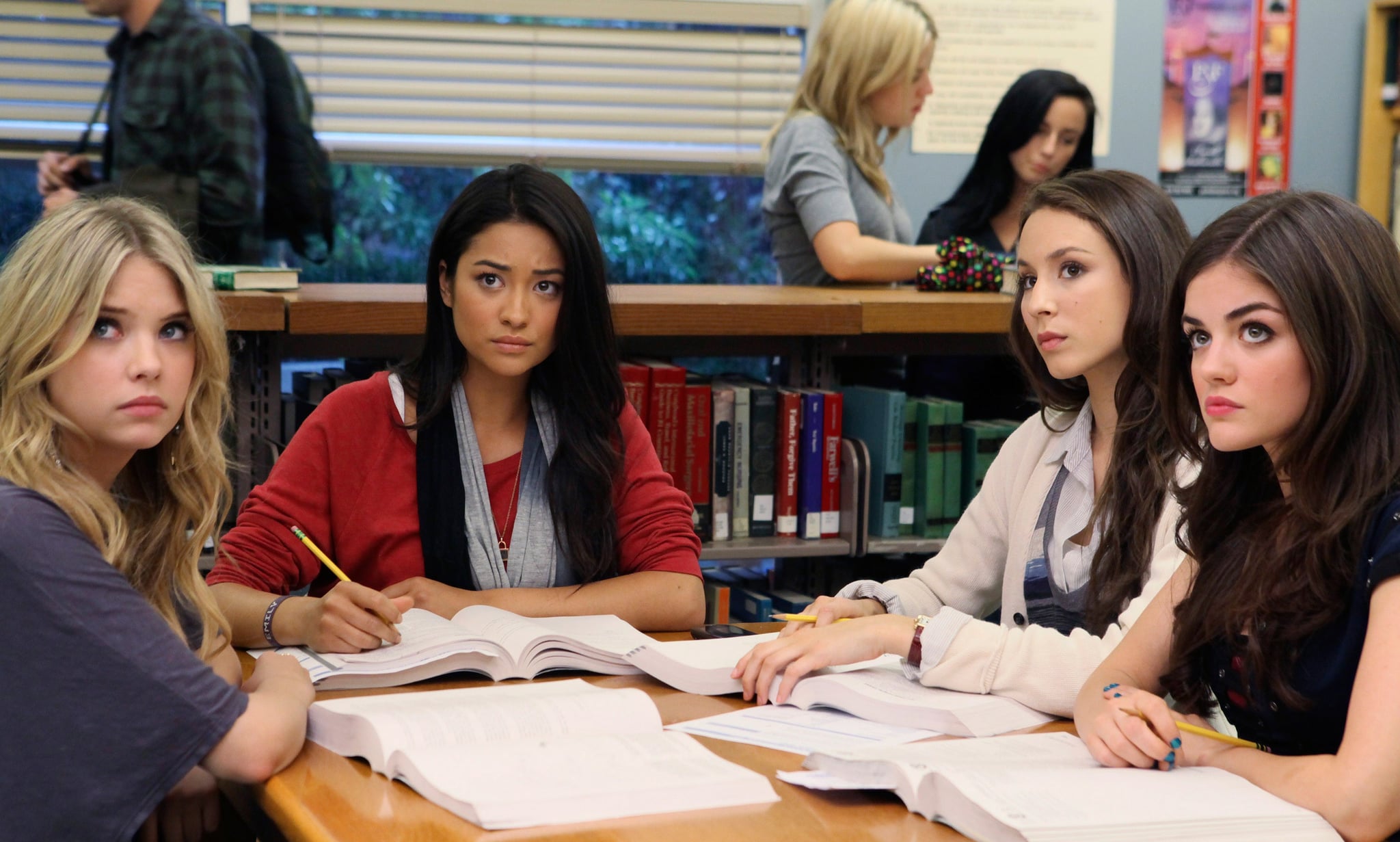 It is with great sadness that we bid farewell to Pretty Little Liars. Going in to the series finale, there was a lot we needed to get through. We'd have to cry at all of the cast's emotional goodbyes. Of course, we had to get our epic "A.D." reveal, and we had to figure out where all the characters end up. With so much business to attend to, it's appropriate to scrutinise every minute of the finale because there wasn't any time to waste. Looking back, there's something we wish I. Marlene King left out entirely. It's a trope that many TV shows have been guilty of over the years.

The delight at the end of PLL was seeing all of our characters ride off into the sunset. Aria and Ezra marry and embark on their dreamy honeymoon, Emily and Alison are engaged and raising their twins, Hanna and Caleb are expecting their first child together, and Spencer has won back her one true love: Toby. But here's the part we absolutely didn't need: the gaggle of teenage girls that insinuate the Rosewood cycle would start all over again.

We meet the five new "liars" early on in the finale. Addison Derringer (who coincidentally has the same initials as Alison DiLaurentis) has been around for a lot of the final 10 episodes. She's a classic mean girl, and she's downright nasty with friends and teachers. Then there's Hadley, Willa, and a couple other girls I'm pretty sure we never even officially meet. In one of the final scenes, these five tweens are having a sleepover in a random guest house. Just like in the very first scene in the very first episode, two of them are gone. Hadley walks to the door, where a dumbstruck Willa meets her. It plays out like this:

HADLEY: What do you mean she's gone?

WILLA: I've looked everywhere for her. I think I heard her scream.

This is, word for word, the exchange between Spencer and Aria in the first sequence of the pilot episode. Of course, we're supposed to grasp the greater and deeper implications: the cycle begins again. Maybe there's a curse on Rosewood, or maybe there will always be a group of girls, somewhere in the world, who are getting themselves into deep trouble. It's a way of making us feel like Pretty Little Liars will run on an infinite loop forever, until the end of time. And I think it's totally on the nose and pretty lazy.

Pretty Little Liars isn't the first to reach for this "deep" conclusion. On Desperate Housewives, we watch as an unnamed housewife worriedly locks a mysterious box away, thus beginning a new cycle of dirty secrets on Wisteria Lane. On The OC, Ryan Atwood helps a troubled teen, much in the way he (as a troubled teen himself) gets a hand at the beginning of the series. Even a less soapy show like Lost has done the "full circle," starting and ending with Jack alone in the middle of the jungle. Sure, these types of endings come in a lot of different varieties, but the sentiment and desired impact remains the same.

The question is, why do we need an ending like this? Why must we get the sense that everything runs on a loop? Isn't it fine for a TV show to have a beginning and an end? Pretty Little Liars seems to be especially erroneous trying to force the ending here. There is more than enough in the finale going on without this new gaggle of girls. Can't we just see Hanna, Emily, Spencer, Aria, and Alison go on to their nice, free lives and leave it at that? Can't we just take comfort in the fact that Mona will torture Mary Drake and "A.D." for the rest of time? We don't need the impression that a watered-down version of Pretty Little Liars will carry us off into the unforeseen future. The show's legacy is enough to stand on its own.