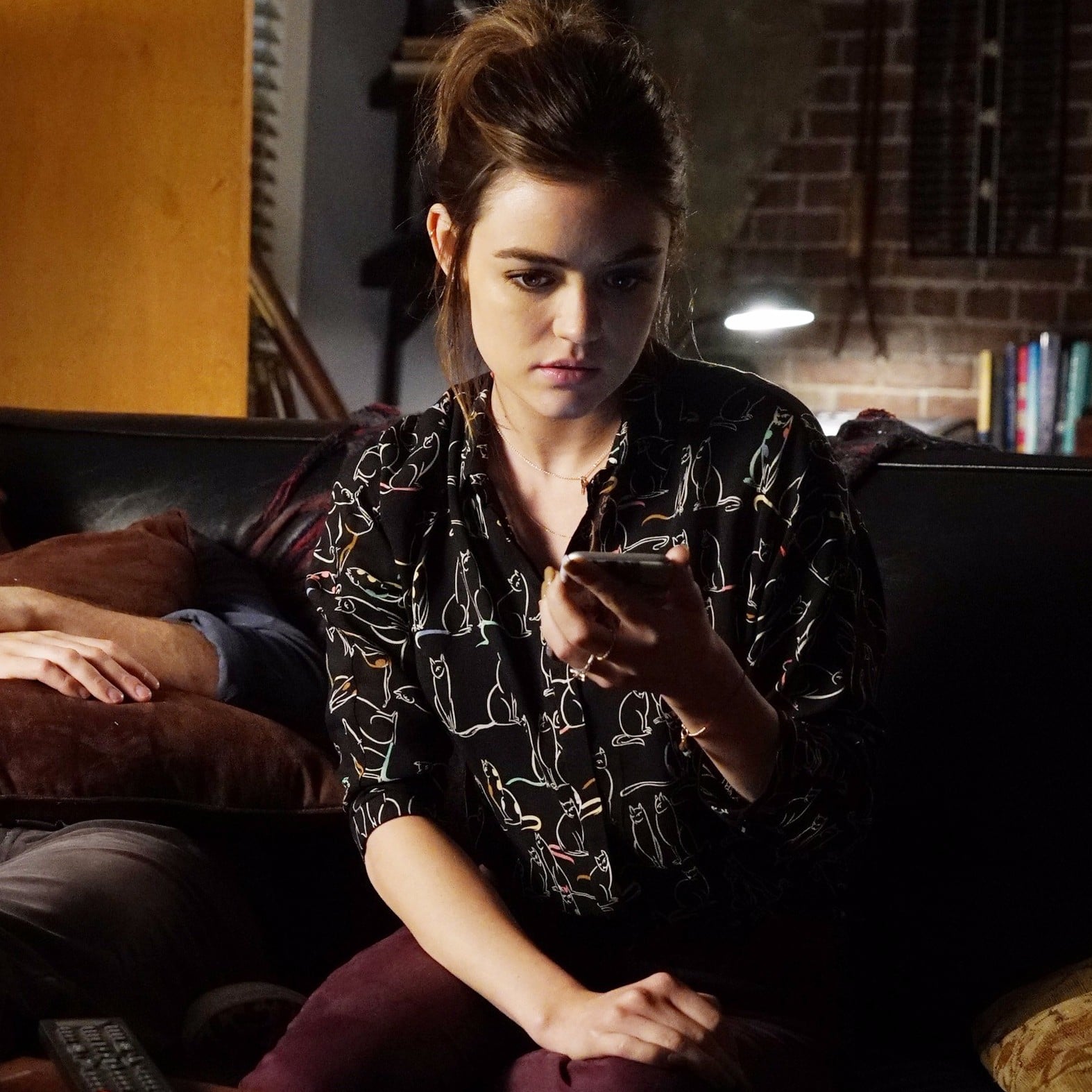 As the great Alison DiLaurentis once said, you're always better off with a really good lie. And for all the lies we've been told throughout the history of Pretty Little Liars, we must face one harsh truth: it's time to say goodbye. This week marks the series finale of the twisted show, and we're ready to finally get to the bottom of all those secrets. Just in time for the epic TV event, creator I. Marlene King has spilled a ton of juicy new details about what we can expect. In true King fashion, the most we get are enigmatic hints, but we've played this game a long time. We're using our own expertise the fill in the blanks. Let's go through the latest information together.

1. Expect a Bunch of Old Favourites to Return

King noted that there were "a couple actors that we really tried to get," but a lot of familiar faces are set to return. She confirmed Melissa Hastings (Torrey DeVitto) herself, and a quick peek at the episode's IMDB page hints at a few more exciting additions: Archer Dunhill (Huw Collins), Wren Kingston (Julian Morris), and Charlotte DiLaurentis (Vanessa Ray). Granted, we can't 100 percent trust what IMDB tells us, but it's a good jumping-off point for speculation.

We imagine some of these characters might return in the form of flashback. After all, the "A.D." reveal will have to come with an epic backstory. We're going to have to find out how they're connected to everyone and why they ultimately decided to take over this vicious game in the first place. Some of these characters (like Archer and Charlotte) will more than likely come back to show how their own brand of evil connected with what "A.D." brought to the table.

2. Maybe We Shouldn't Write Off Paige McCullers Just Yet

This is another very perplexing aspect of the finale. Paige was initially included as part of the cast for the finale. The fact that she was also listed as "A.D." on IMDB had us almost entirely convinced that she would be revealed as the final villain. When King was asked if Paige would return for the finale, she replied, "I'm not going to say." Now that is enough to make you think twice.

Then again, there's a chance King is trying to mislead us. Considering how protective the show has been of this final secret, maybe Paige McCullers is a huge real-life red herring. This would mean she was purposefully listed as "A.D." on the IMDB page, and King was being deliberately cagey to arouse suspicion. We can't say for sure, but we should keep an eye on Paige just in case.

We previously speculated that the finale might hold multiple weddings, and we're still hanging on to the theory. Most recently, King was asked how many weddings there would be and she responded, "If I tell you that it ruins the first hour of the finale for you, so I'm not going to tell you the answer to that one." If you follow some simple logic, it's almost like she spoiled it anyway.

Here's what I think: two couples get married. King couldn't say that because the finale promo casts doubt on whether Aria and Ezra will go through with their wedding. King couldn't say "zero," because she previously promised at least one wedding. In the case that Aria and Ezra don't get married but another couple does, it still would have been a fun surprise for King to confirm one wedding. Two weddings seems right because it spoils Aria and Ezra's fate and also confirms our suspicions that someone else is getting married. And by the way . . . we think it's Emily and Alison. 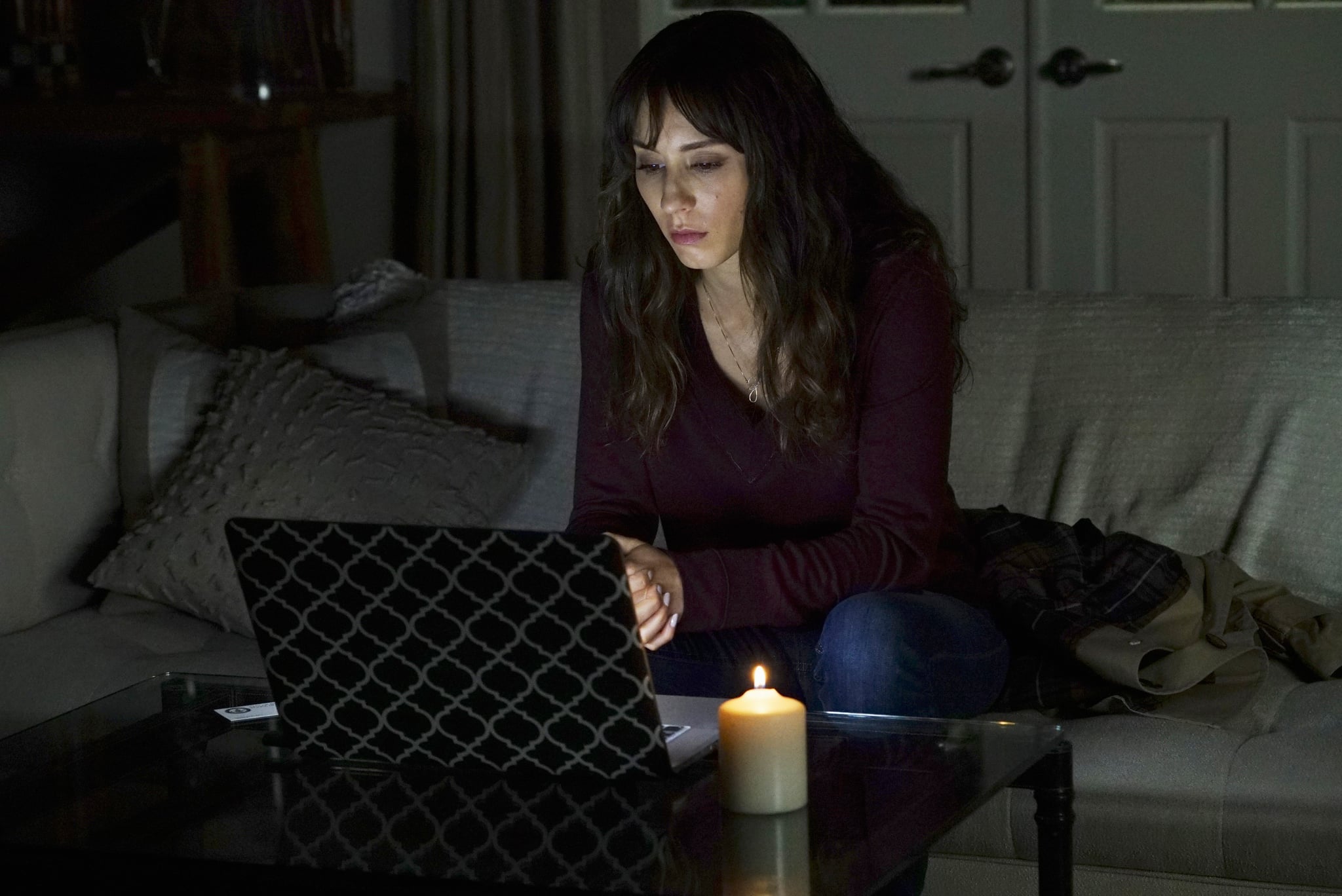 4. Emison Fans Need to Prepare Themselves

King revealed that "Emison" has the most shocking moment in the finale, which is why we think Ali and Emily might tie the knot. Of course, King could be hinting at a breakup, but the two have so much going for them. It's clear their feelings have grown over their decades-long friendship, and now they've agreed to raise a child together. Plus, with the historic transgender "A" reveal, it's clear that PLL is at the forefront of more progressive television. It makes sense to end their story with a lesbian wedding.

5. There's Still a Likely Chance Someone Will Die

While King played coy about the potential death toll in the finale, she did say "there's a shooting." If you ask us, though, we're confident someone will die. After all, this is the end! The show doesn't have anything to lose at this point. And when it comes to closure, the best way to tie up loose ends in a TV show like this is to kill the villain. That's why we're betting on a casualty or two. We even have a list of potential victims.

As King confirms in this interview, there's a one-year time jump in the finale. She also says Toby is the person who changes the most in that year. This could mean a lot of things: maybe he marries Spencer (hey, it's possible!), maybe he's "A.D." and has to repent for what he's done, or maybe he shaves his beard, stops being an emotional mess, and gets his life together. Regardless, he's the one to watch once we flash forward.

7. The Show Will End at the Beginning

The most cryptic quote comes from King's description of the end. She called it a "full-circle moment," saying, "Although this show ends, this world continues. The mythology of this town will always go on. It's not going to end with Pretty Little Liars." I think I know exactly what she means.

PLL has already introduced a new Alison DiLaurentis. Her name is Addison Derringer (look at that, same initials!), and she's already proven to be a nightmare. Remember her? She's the one who blackmails Emily and almost gets her fired from Rosewood High. Here's what I'm thinking: Addison is the new Alison. At the end, we'll see that she has her own group of liars. There's always a chance it could be the same formula: maybe she vanishes and her friends meet a new, faceless bully that haunts them via text. But even if the show doesn't go that far, setting up an Alison-like girl with a bunch of lackeys is enough to give us the impression that things never change. Alison, Emily, Spencer, Aria, and Hanna may have escaped Rosewood's special brand of hell, but the cycle continues.