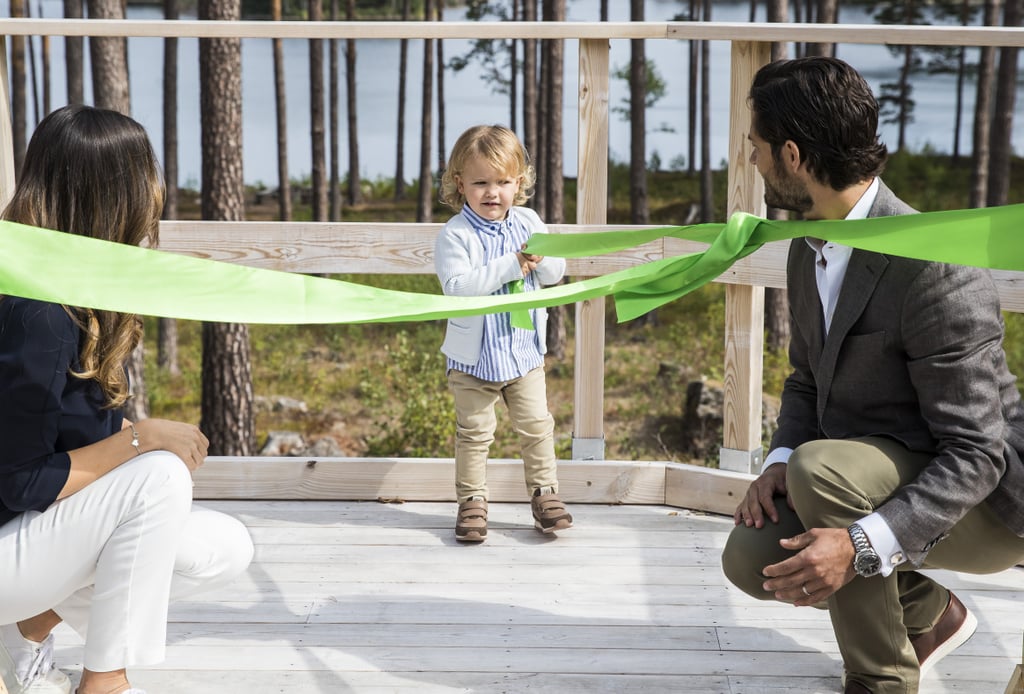 At only 2 years old, Prince Alexander just hit a very important milestone: his first royal engagement. On Thursday, the young Swedish royal paid a special visit to the Nynas Nature Reserve in Sweden with his parents, Princess Sofia and Prince Carl Philip. Alexander officially opened the Prince Alexander Viewpoint and was as adorable as ever as he pulled a ribbon during the inauguration. And things only got cuter from there! Alexander seemed to have a blast as he rode in a horse-drawn carriage and played with the animals. At one point, he even hopped on an oversize fake duck, with help from his mom, of course. Sadly, Alexander's younger brother, Prince Gabriel, wasn't there to witness the monumental moment, but we're sure he's very proud.

Related:
Prince Carl Philip Might Just Be the Sexiest Prince We've Ever Laid Eyes On
Previous Next Start Slideshow
The RoyalsCelebrity BabiesPrince AlexanderPrince Carl PhilipPrincess SofiaCelebrity Families
Around The Web