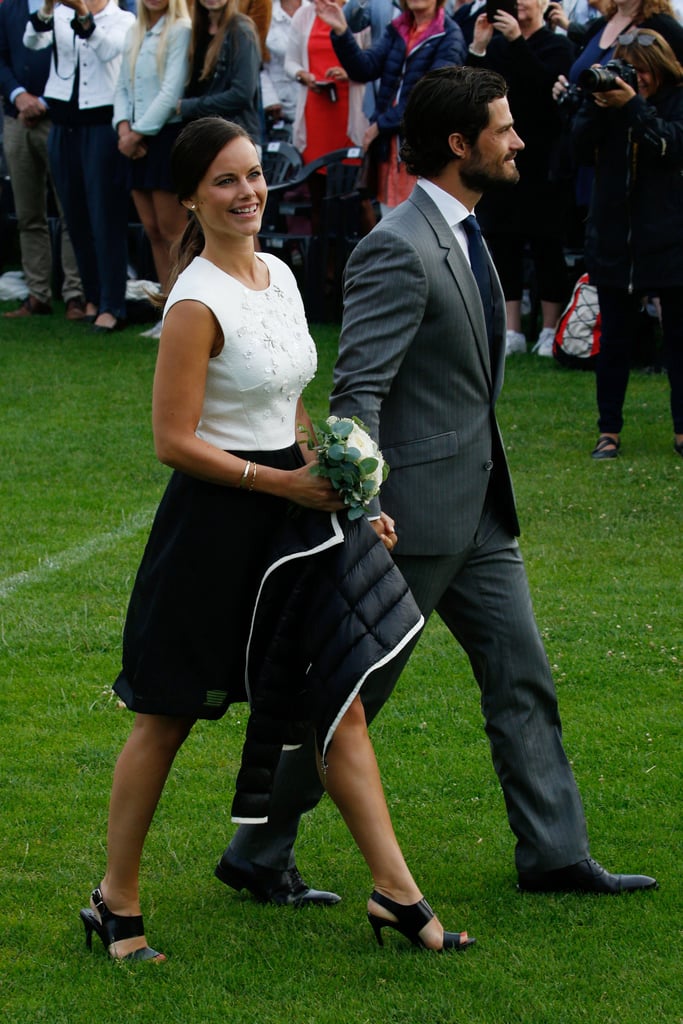 Tuesday was a special day for the Swedish royal family — they celebrated Crown Princess Victoria's 38th birthday! After an adorable appearance from Princess Estelle during the day, all eyes were on newlyweds Prince Carl Philip and Princess Sofia at a concert that same evening. It was the couple's first public outing since they got married in June and took a romantic honeymoon on a private island in Fiji. Both Sofia and Carl Philip were beaming at the event — which was also Sofia's first official appearance as a princess — as they joined family members to enjoy the show. Scroll through to see their newlywed glow, and then take a look back at their PDA-filled wedding pictures!