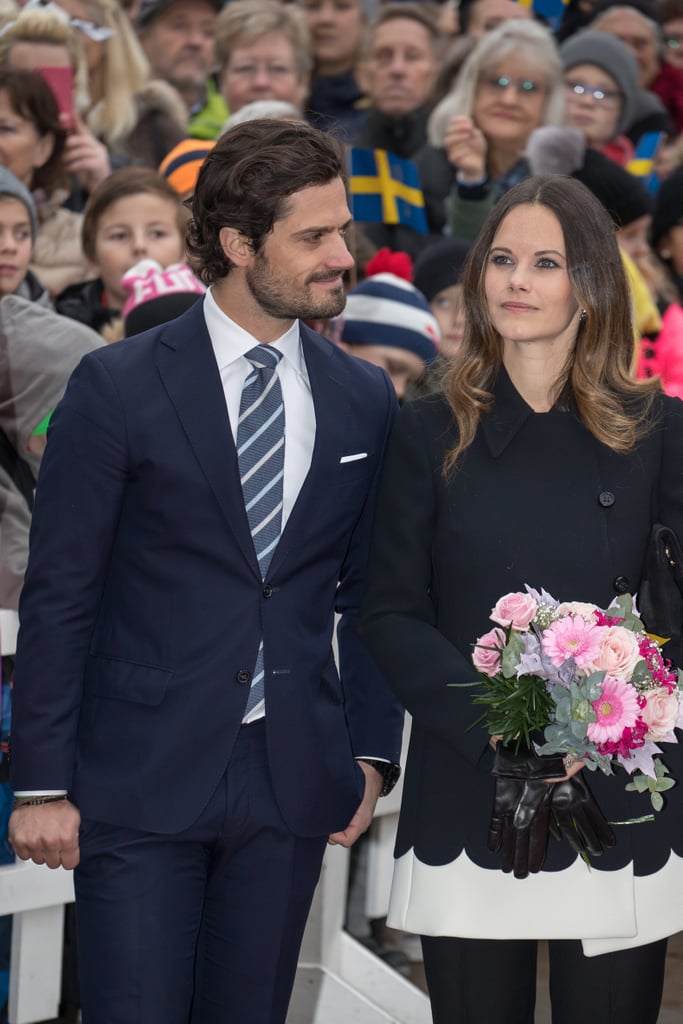 Prince Carl Philip and Princess Sofia of Sweden were all smiles while visiting Värmland on Friday. The royal couple was greeted with flowers as they arrived at city hall, where they had lunch and met with children. During their visit, Carl and Sofia also stopped by Soma, a company that makes valves for pulp and paper industries, unveiled a memorial for war veterans at the Brigade Museum in Karlstad, and attended a dinner hosted by the governor. Sadly, their adorable son, Prince Alexander, wasn't with them, but Sweden's Royal Palace did release new photos from his christening at the Palace Chapel in Drottningholm Palace last month.

Related:
This Soon-to-Be-Married Royal Couple Rivals the Excitement of Will and Kate
Previous Next Start Slideshow
The RoyalsPrince Carl PhilipPrincess SofiaCelebrity Couples