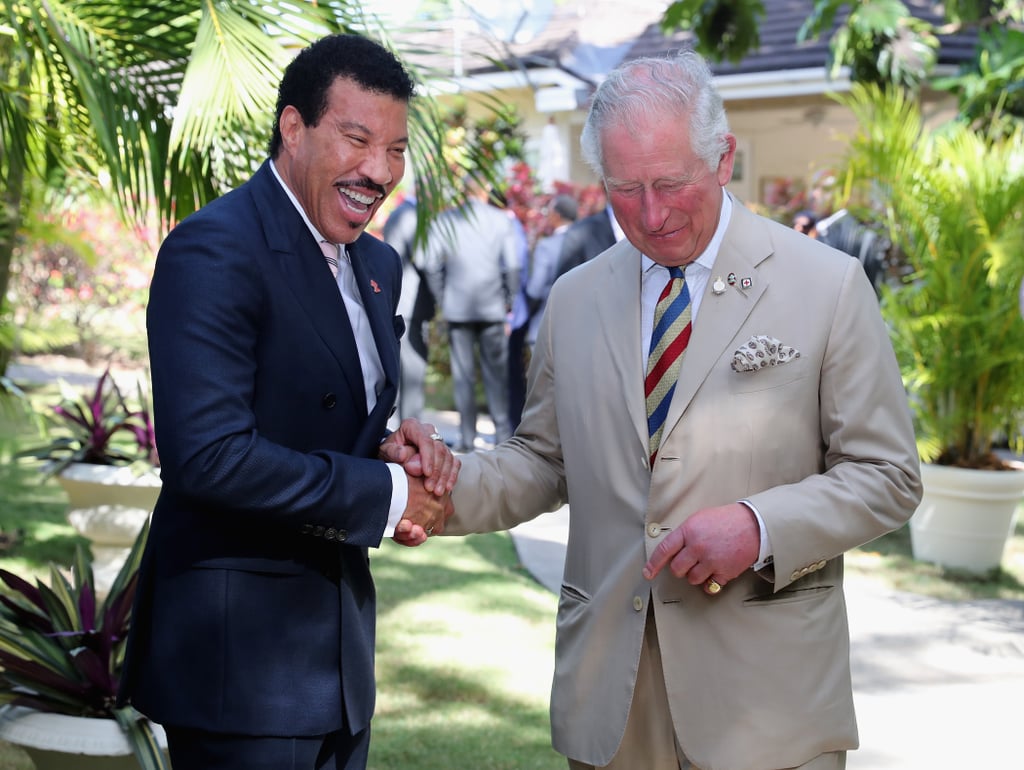 Prince Charles continued to live the tough life of a British royal on March 19, when he hosted a reception for the Prince's Trust at the Coral Reef Club Hotel in Barbados. He and the Duchess of Cornwall are currently on a royal tour of the Caribbean, and they seem to be having the time of their lives — they even managed to squeeze in a trip to the beach during some downtime. However, on Tuesday afternoon the Prince had a very important job: to toast the first ever global ambassador to the Prince's Trust, Lionel Richie. Lionel has been involved with the Prince's Trust for a number of years, and he spoke at length at the event about the important work that the charity does with young people.

Related:
What We Wouldn't Give to Be a Fly on the Wall as Prince Charles Cracks Up While Talking to Tom Hiddleston

Charles and Lionel definitely seemed in good spirits as they celebrated the announcement. They were pictured laughing heartily with each other, and rumour has it Prince Charles cracked a joke using the lyrics to the singer's famous hit "Hello." The pair also posed with Sir Tom Jones, who was also a guest at the reception. Keep reading to see the Prince and his new "employee" crack up, plus plenty more photos from the event.