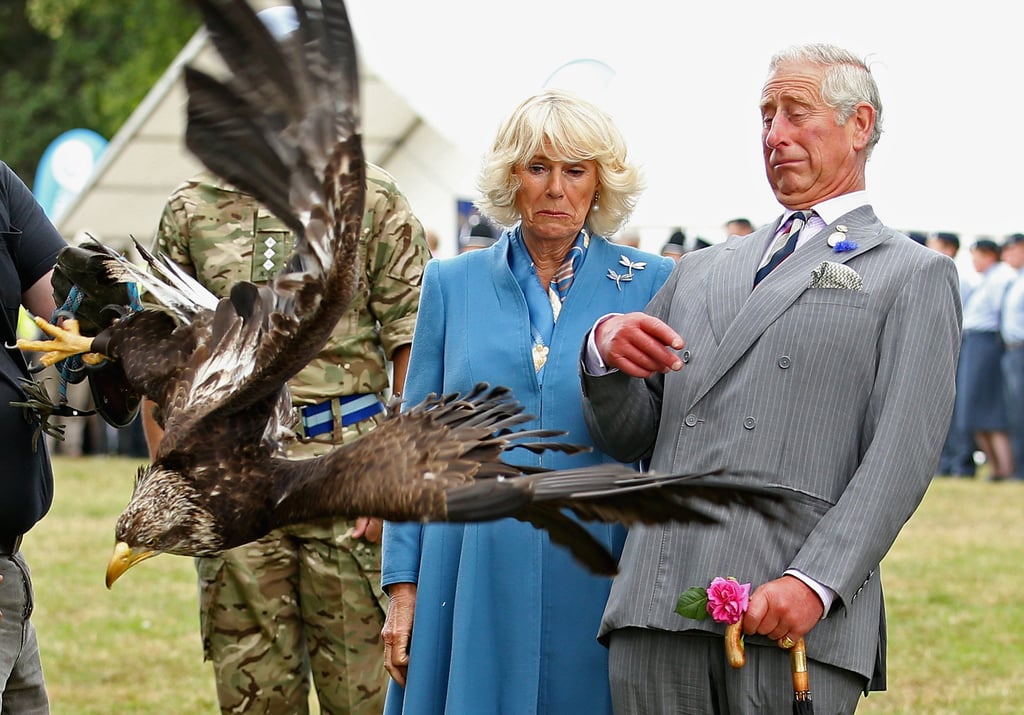 Prince Charles and Camilla Encounter an Eagle With Serious Attitude

Prince Charles and Camilla, Duchess of Cornwall, stepped out on Wednesday for a lovely afternoon at the Sandringham Flower Show, but things ended up taking a pretty wild turn. The couple, who looked adorably happy when they arrived on a horse-drawn carriage, mingled with the public and chatted to staff at the event, which was held at the Queen's Norfolk estate. But when Charles and Camilla took a few minutes to greet Zephyr, a bald eagle, they were in for quite the surprise. Instead of sitting calmly on Charles's finger, Zephyr decided to stretch out its wings in the royal duo's faces.

Charles and Camilla's funny moment is the latest royal outing we can't get enough of. In July alone, Prince Charles's grandson, Prince George, has been spotted on a slew of adorable outings. After stealing the show at his sister Charlotte's christening, he played with his mum, The Duchess of Cambridge, in the park, celebrated his 2nd birthday on July 22, and had a fun-filled day at the beach with his grandma. Keep reading to see more hilarious photos of George's grandparents, then check out what else the royals have been up to this Summer.