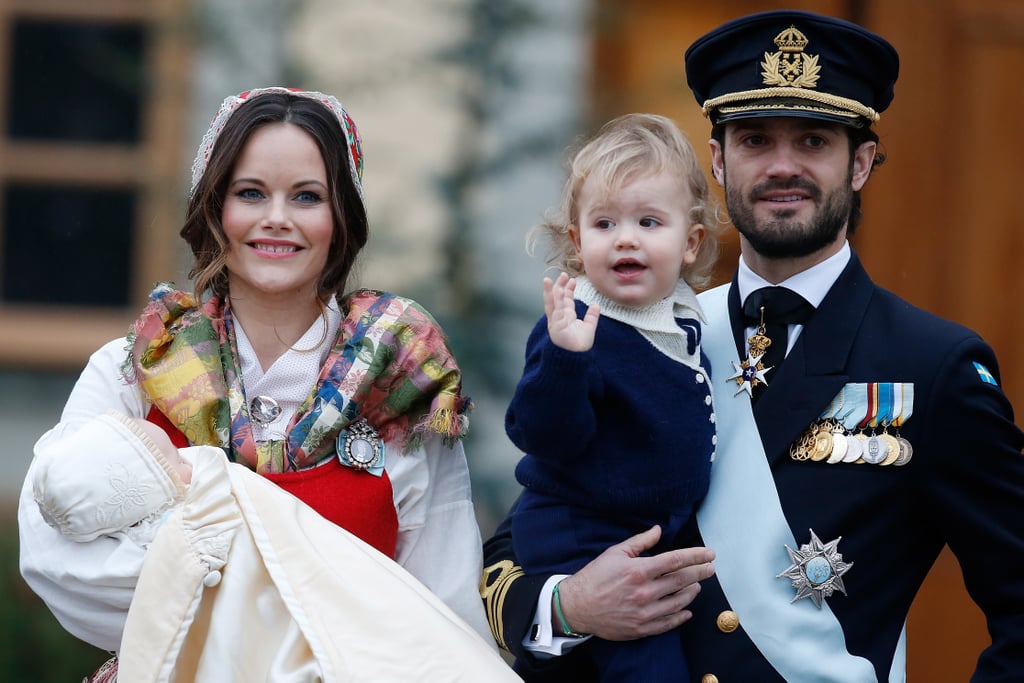 Prince Carl Philip and Princess Sofia of Sweden were proud parents at the christening of their youngest son, Prince Gabriel. The 3-month-old was baptised at the Drottningholm Royal Palace Chapel in Stockholm, with Sofia wearing a traditional red and white Folkdräkt — a Swedish folk costume — and Carl in his traditional suit and medals. King Carl Gustaf and Queen Silvia; Princess Madeleine and her husband, Christopher O'Neill; and Prince Daniel, Crown Princess Victoria, and their kids were all there to witness the happy occasion.

Princess Estelle, Gabriel's 5-year-old cousin, was on hand to help pour the baptismal water on the little one, but he was not having it. He reportedly started crying when the clergyman started pouring the water on the front of his head, but he stopped the moment he was back in the arms of his mum, according to People. His big brother, 1-year-old Prince Alexander, also had a small tantrum when he fell onto the church's stone floor, but he quickly recovered before his dad came to get him. Despite the mishaps, the family's happiness in the pictures that follow is contagious.