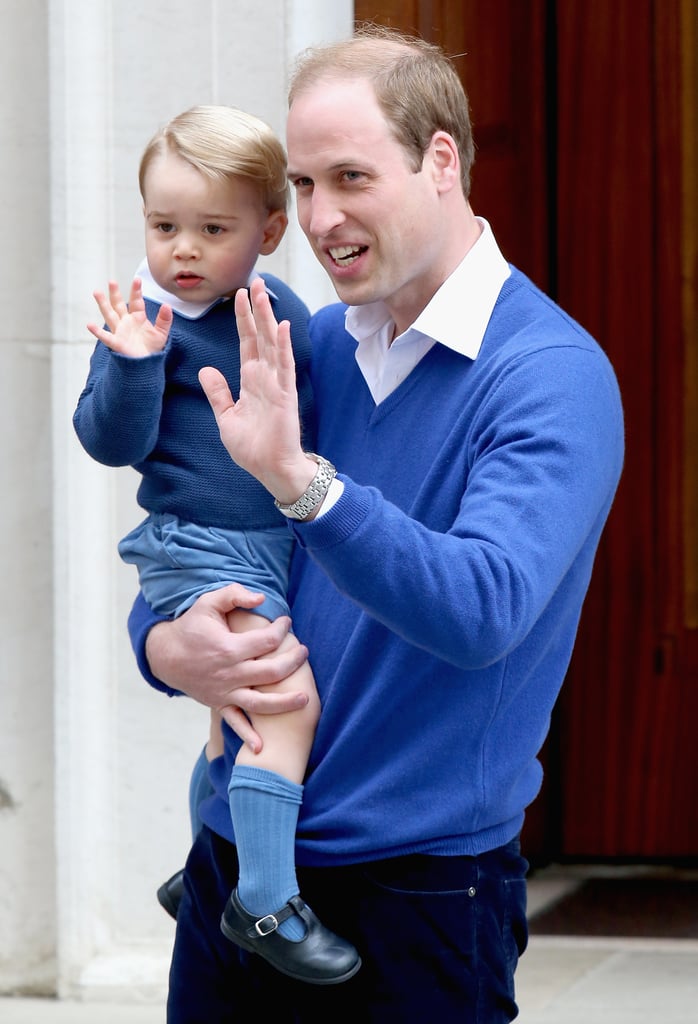 Prince William picked up Prince George and brought him to St. Mary's hospital in London to meet his baby sister on Saturday. Just hours after the Duchess of Cambridge gave birth to her and William's second child, William left the hospital with a smile, telling photographers that he was "just going to pick up George." Minutes later, William returned with George, who declined to walk himself into the Lindo Wing and instead opted to be carried in his dad's arms. The little one wore a matching outfit to his father's! It's a big day for George since he became a big brother and will be introduced to his new sibling before the family exits the hospital.