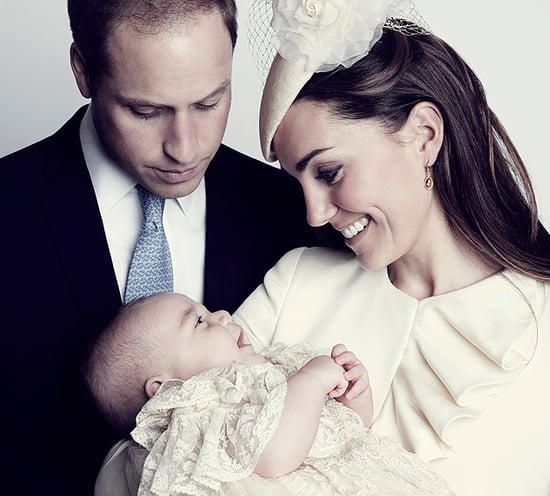 Kate Middleton and Prince William released a new official portrait from Prince George's christening this weekend. The photos, taken by celebrity photographer Jason Bell, are the only pictures of the private family event that were sanctioned by Buckingham Palace. Wednesday, Kate and William christened Prince George at the Royal Chapel in St. James's Palace in London, but aside from the 22 invited guests, no one got to see what went on inside the ceremony. However, there were plenty of photos of the royal christening that took place outside the chapel, with William and Kate, who wore an Alexander McQueen dress, taking turns holding George in his christening gown, which is a replica of the royal christening robe that has been used since Queen Victoria's time. Guests included the queen, Kate's and William's parents and siblings, George's nanny, and the seven godparents, which included William's cousin Zara Tindall. 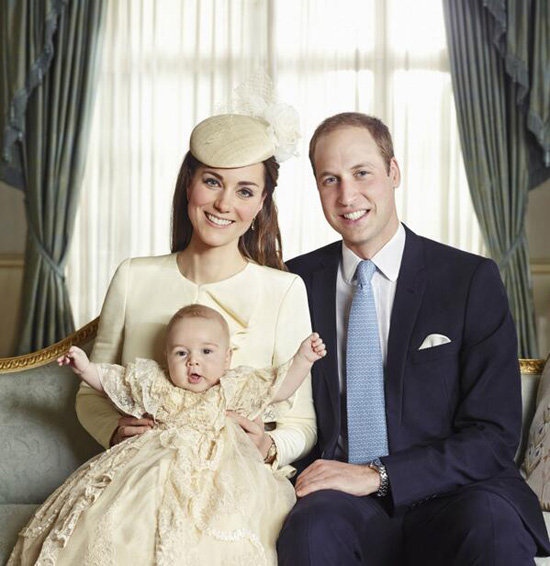 Keep reading to see the rest of the royal christening portraits. 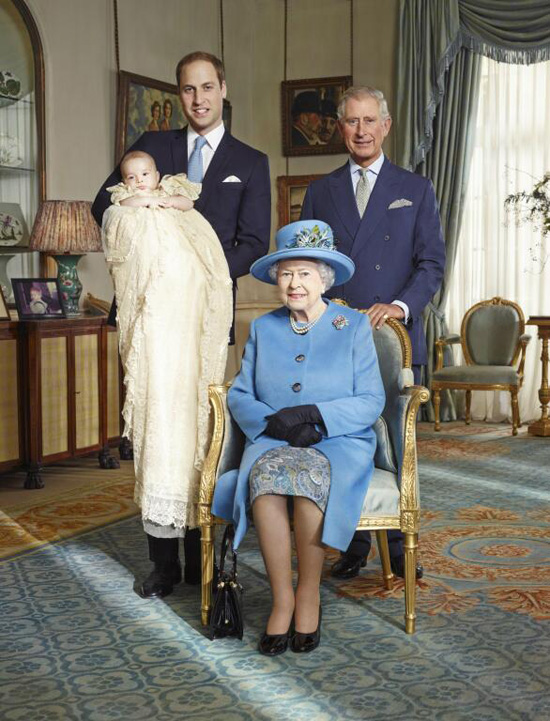 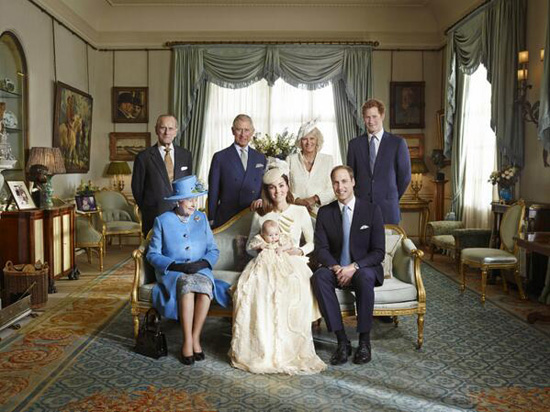