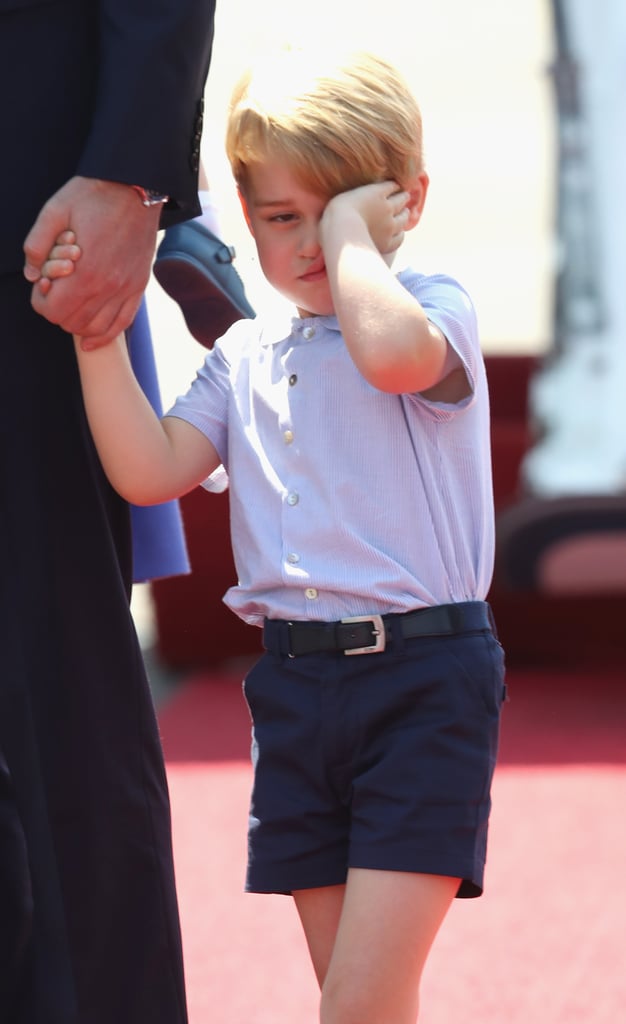 Prince George may be a royal, but he's also just a regular little kid. After touching down in Berlin as part of the family's tour of Poland and Germany on Wednesday, the 3-year-old flashed his signature unimpressed face for the crowd of photographers awaiting their arrival. While his sister Princess Charlotte, 2, looked quite content while smelling her bouquet of flowers and shaking hands with officials, the young prince sleepily rubbed his eyes as he pulled on his dad's arm. Travelling the world is fun and all, but he probably would rather be watching cartoons in his pyjamas. Here's hoping he will get to play with some bubbles during this tour since that always seems to cheer him up.

Related:
Of Course George and Charlotte Upstage Will and Kate on the First Day of Their Royal Tour
Previous Next Start Slideshow
The RoyalsThe British RoyalsThe Royal TourPrince GeorgeHumor