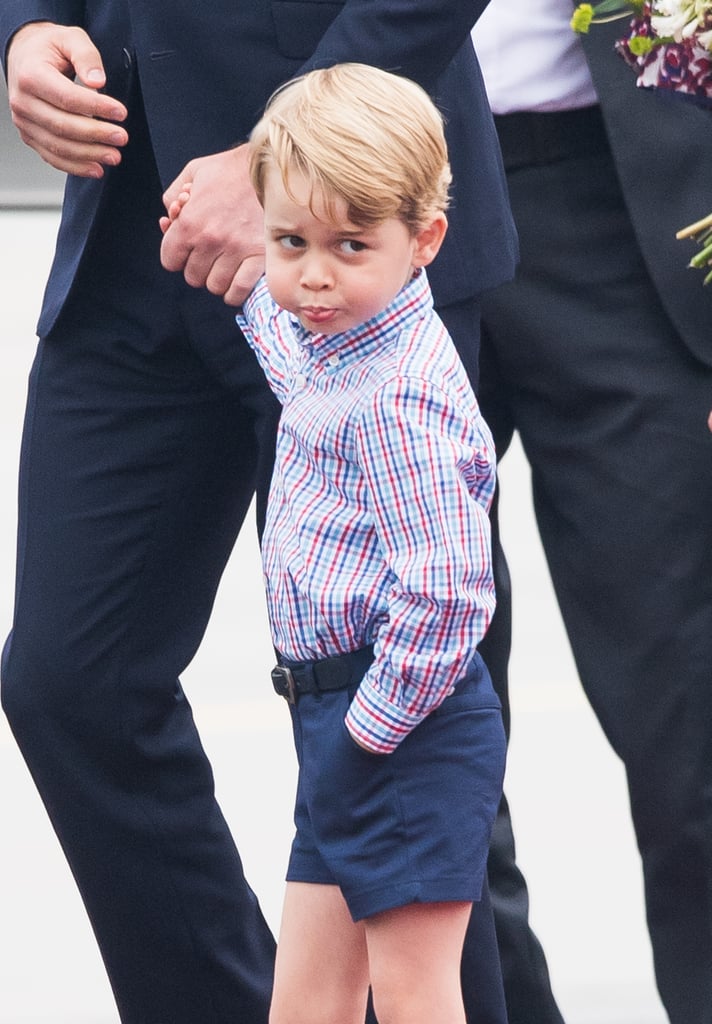 Prince George turned 4 years old on July 22, and the little royal already has heaps of huge milestones under his belt. Throughout his short life, he's gone on a handful of tours with his parents, made official appearances at Buckingham Palace with his great-grandparents, and schooled his little sister Charlotte in the art of travelling, waving to fans, and letting loose at parties.

No matter what he's doing, George has a history of looking pretty unimpressed with all of the royal hubbub in his life — and sometimes he just seems like he's generally sceptical about everyone around him. In honour of our favourite little prince, we've rounded up all the times George was silently judging us.