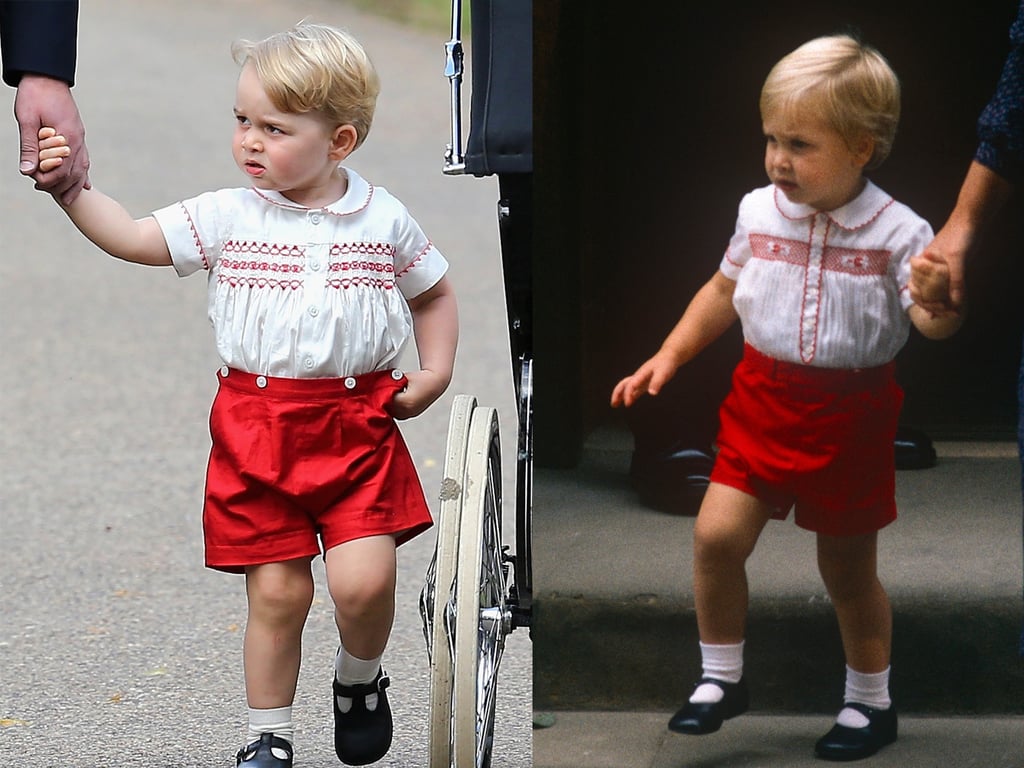 Whoever Decided to Dress Prince George Just Like His Dad, We Thank You

Prince William and Prince George have always had a special father and son bond, and it's even more evident when you see all the times they've twinned in similar outfits. We've hunted down photos of all the times Prince George dressed like a young Prince William, and we can't handle the cuteness. It seems like Kate Middleton takes great joy in dressing George in similar outfits to those William wore as a child, especially for special royal occasions.

Their most recent matching style was at Prince Louis's christening where George wore smart shorts and a white shirt with blue piping, which looked like a recreation of the outfit Prince William wore at Prince Harry's christening in 1984. Possibly cutest of all is the red outfit George wore at his sister, Princess Charlotte's christening back in 2015, which is distinctly similar to what William worn when visiting his newborn brother, Harry for the first time. Ahead, see all of the cutest comparisons that add an extra-special element to family occasions. Be prepared, some seriously adorable content is coming your way!

Related:
An Inside Look at the Differences Between William and George's Royal Childhoods
Previous Next Start Slideshow
The RoyalsThe British RoyalsPrince GeorgePrince William
Around The Web