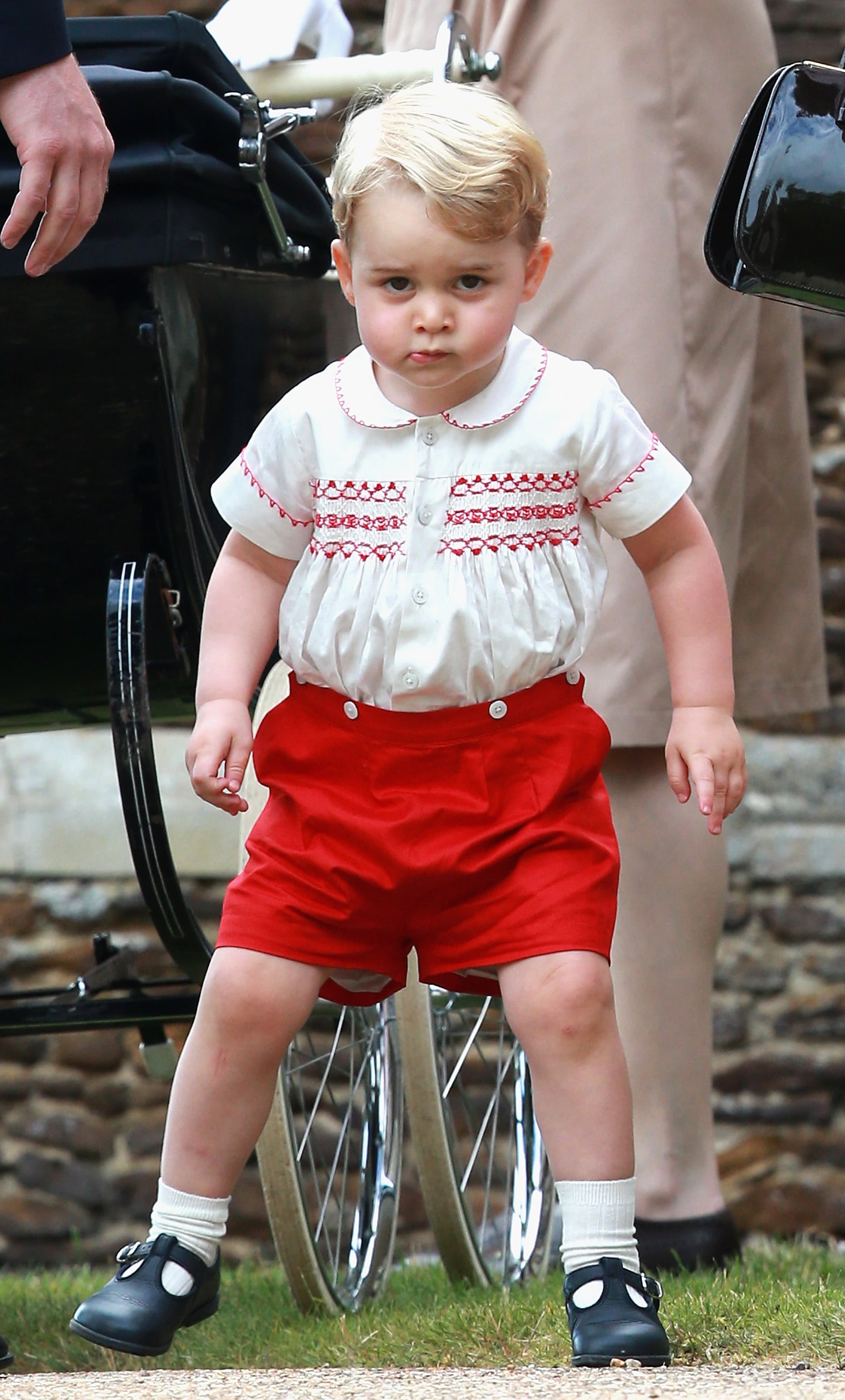 Prince George is turning 2 years old on July 22, and in honour of His Royal Highness's birthday, the Royal Mint is releasing a limited-edition sterling silver coin. The £5 coin bears an image of St. George and the dragon legend by respected artist Christopher Le Brun on one side and a current portrait of the queen by Jody Clark on the other. The commemorative coin is minted in silver proof finish and will be released next Wednesday. Only 7,500 special coins will be launched, priced at £80.

It's been a fun couple of months for the little guy! Prince George attended his younger sister Princess Charlotte's christening earlier this month and was also recently spotted happily playing at the park with his mother, the Duchess of Cambridge in June. If you just can't get enough of the adorable tot's cuteness, check out some of his sweetest moments!