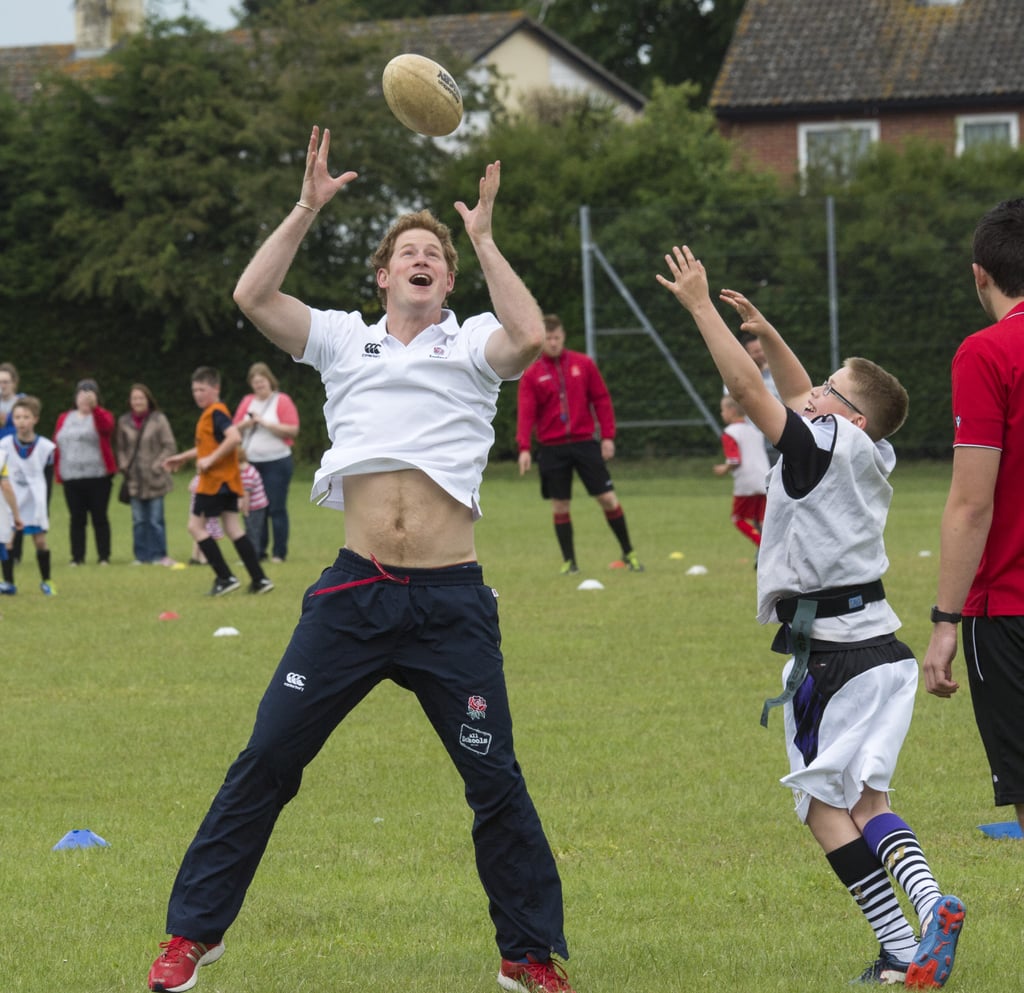 Newly-single Prince Harry is giving everyone a glance at his royal abs. Harry indadvertedly flashed his stomach when he took part in an activity day at Inspire Suffolk, a charity designed to help young people in the Suffolk region of England. During the activity day, Harry played flag rugby and soccer with teams of adorable little boys and, at one point, he got into a huddle with a group of little ones.

Harry is back in the UK after taking a short official tour of Italy and Estonia earlier this month. The prince, who has served in the British Army since 2005, was in Europe to honor British and Commonwealth troops who lost their lives during World War II. He also took an unofficial trip to the United States to attend the Memphis wedding of his longtime friend Guy Pelly, and the boys made a stop in Miami where Harry put his shirtless body on display while sitting poolside.