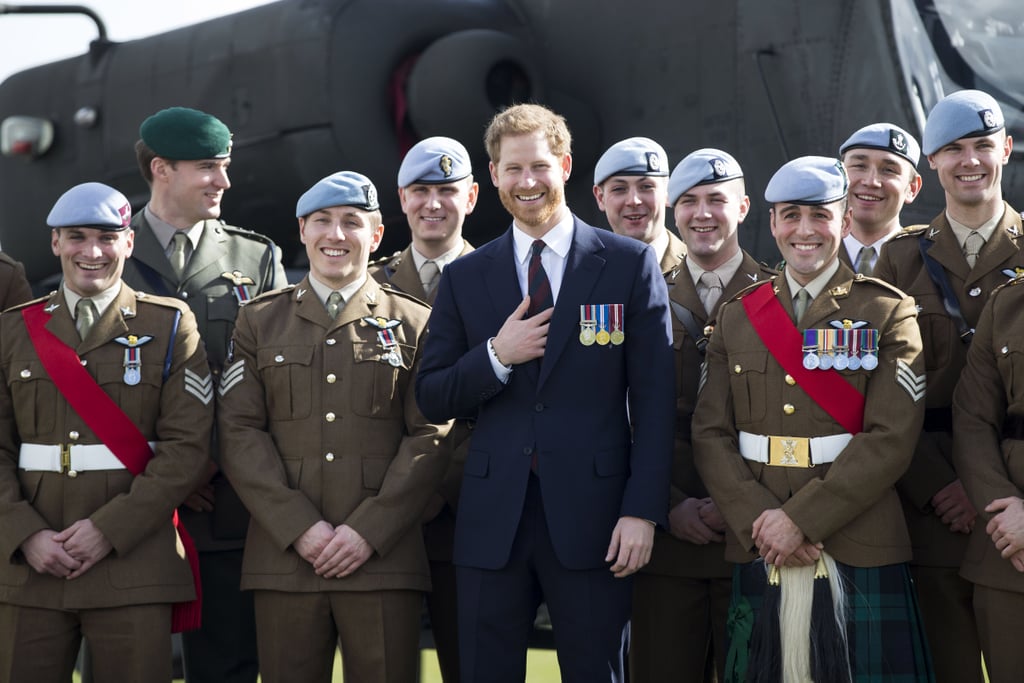 Prince Harry made a sweet return to the Army Aviation Centre on Friday. The dashing royal looked in good spirits as he presented graduates from course 17/02 of the Army Air Corps with their wings at the Museum of Army Flying in Middle Wallop, Hampshire. The ceremony marked the final Wings Parade to be held in Middle Wallop, as it will shortly be moving to Shawbury.

The appearance was no doubt nostalgic for the prince. Not only did Harry undertake helicopter training at the centre, but he was also presented with his wings during the same ceremony in 2010. At the time, the presenting officer was none other than his father, Prince Charles. See more photos from his recent appearance, below!

Related:
31 Times Prince Harry Was in Uniform and You Got Weak in the Knees
Previous Next Start Slideshow
The RoyalsThe British RoyalsPrince Harry
Around The Web