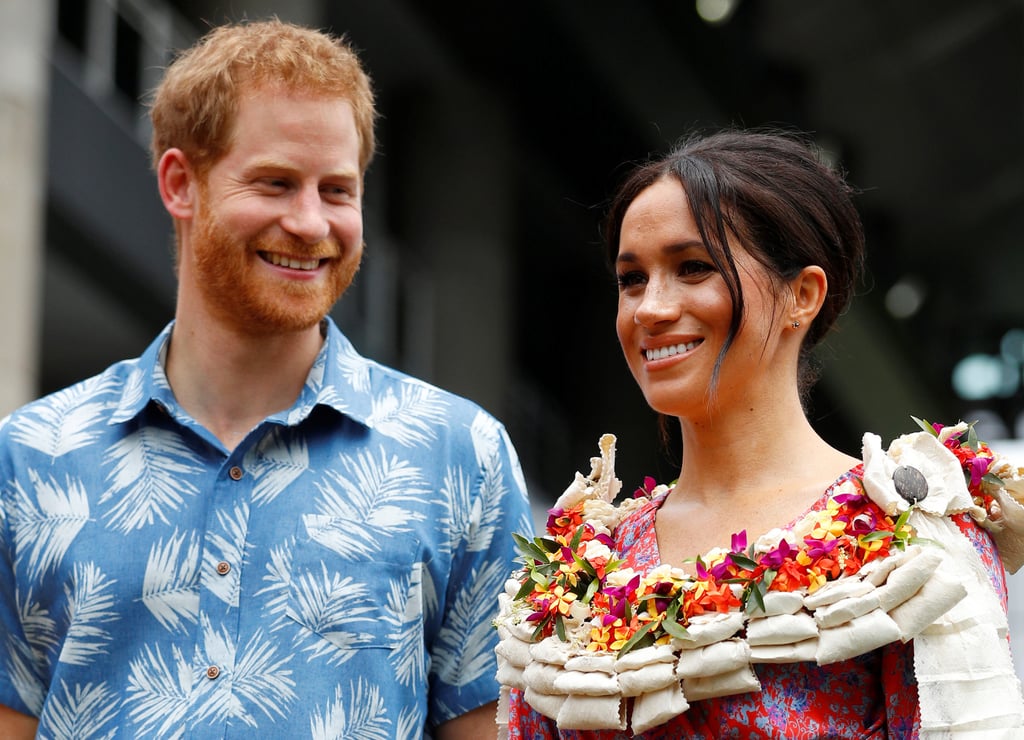 Prince Harry can't stop gushing about his baby with Meghan Markle, and it's royally adorable! During their stop in Fiji earlier this week, Harry looked so happy when a student congratulated him on the baby news. "I'm predicting it's going to be a boy," the young man told Harry, to which he replied, "Everyone is predicting it's going to be a girl."

Earlier this month, Kensington Palace announced that the Duchess of Sussex "is expecting a baby in the Spring of 2019." While no other details have been released at the moment, Harry did recently reveal that he hopes it's a girl. Can you imagine a mini Meghan? So cute!

Related:
Prince Harry and Meghan Markle's Baby's Last Name Will Most Likely Be This
Previous Next Start Slideshow
The RoyalsMeghan MarkleThe British RoyalsCelebrity QuotesRoyal BabyPrince Harry
Around The Web

The Royals
Meghan Markle's Friends Are Coming to Her Defence: "Find Someone Else to Admonish"
by Monica Sisavat 3 hours ago