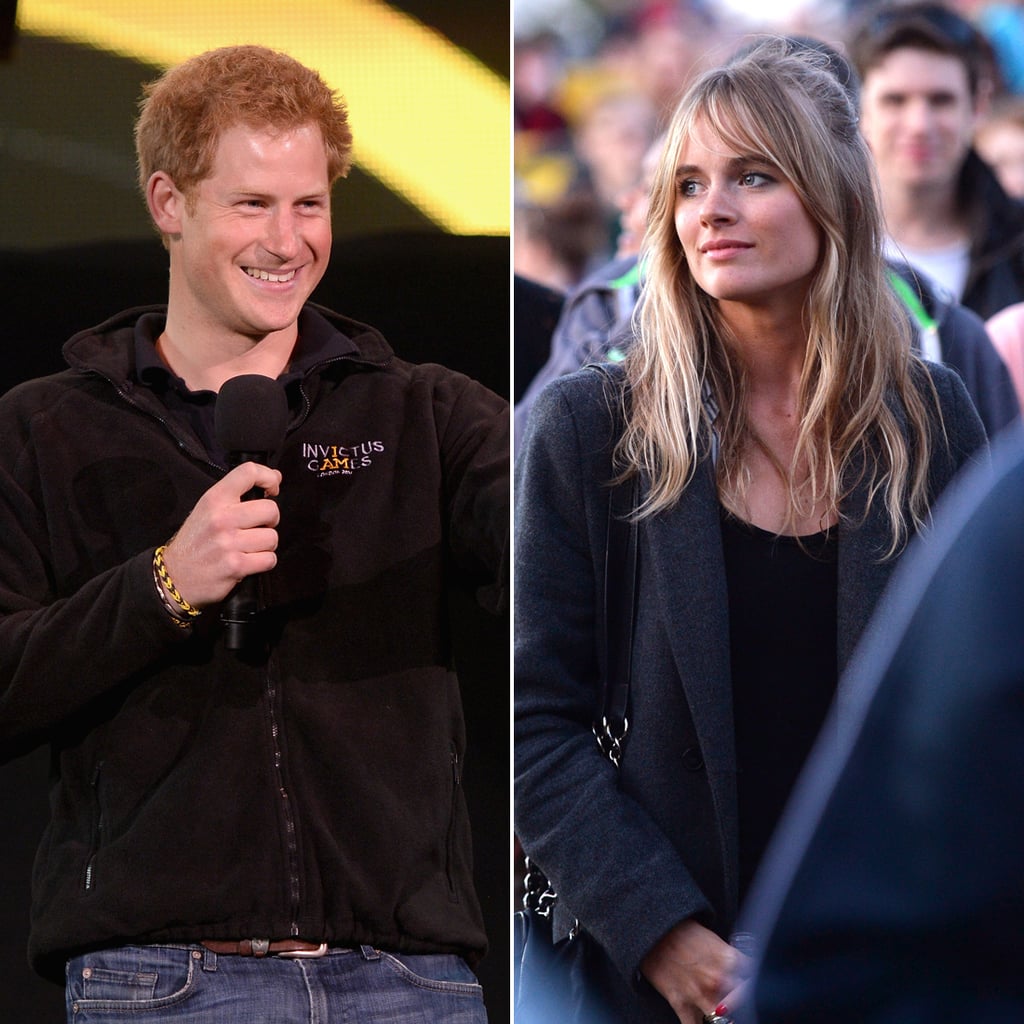 It looks as if Cressida Bonas isn't officially out of the picture for Prince Harry. The couple, who called things off in April, reportedly reunited in London this week to watch Cameron Diaz and Jason Segel's new movie Sex Tape. Cressida was also allegedly on the list of invitees to Harry's official 30th birthday party, which took place at his father's London home, Clarence House, on Wednesday. (Harry's real birthday was on Monday but apparently he delayed the big celebration.) Cressida was also spotted hanging with a group of friends at the closing ceremonies for Harry's Invictus Games on Sunday, although she didn't publicly interact with the young royal. According to reports, Cressida and Harry split earlier this year because she was uncomfortable being in the public eye and also felt "unfulfilled" because she couldn't pursue her acting career while dating the prince. However, it's also being reported that Harry has been trying to win her back, as he "realizes she's the one for him." Despite this, Harry was spotted getting close to Camilla Thurlow, a worker at the Halo Trust, and even reportedly took her on a trip to Saint-Tropez earlier this Summer.

The Royals
Prince Harry Has a Ponytail Now? Well, According to Rob Lowe He Does
by Tori Crowther 4 days ago