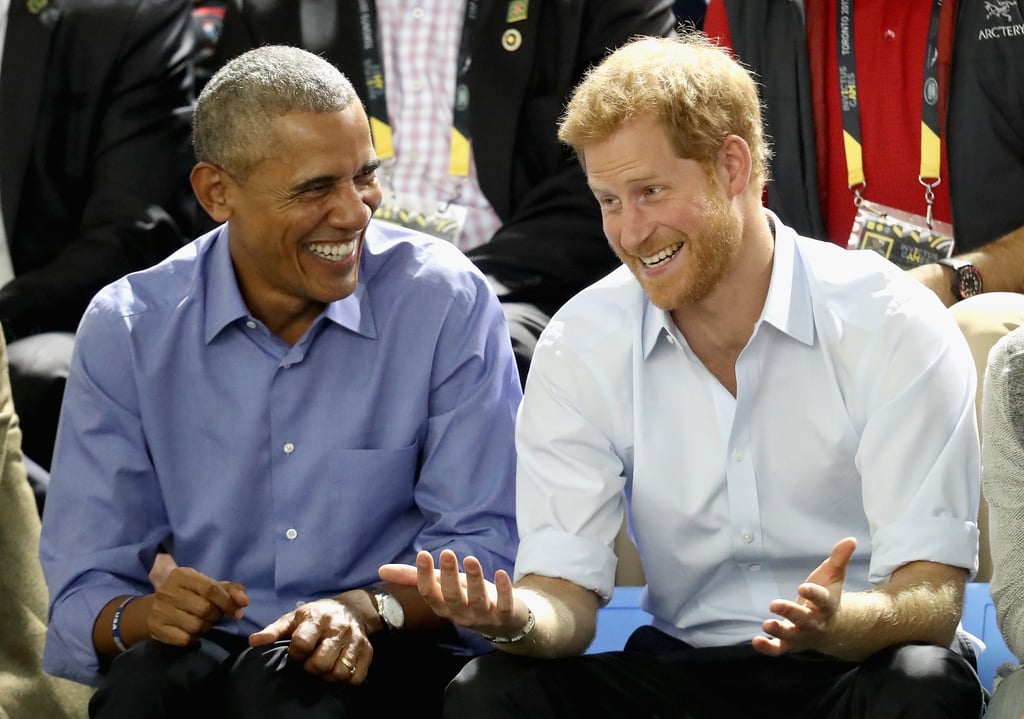 Barack Obama's friendship with the British royals first blossomed during his US presidency, and even though we love seeing him with Prince William and the Duchess of Cambridge, Barack seems to have formed a particularly special bond with Prince Harry. The two have hung out at a handful of official events in the past, and Harry has even gotten tight with Barack's wife, Michelle. Most recently, Barack and Harry were the two best friends that anyone could have when they attended a wheelchair basketball game during the Invictus Games in Canada. Listen, we're not trying to start any drama, but if we were Joe Biden, we'd be a little jealous.