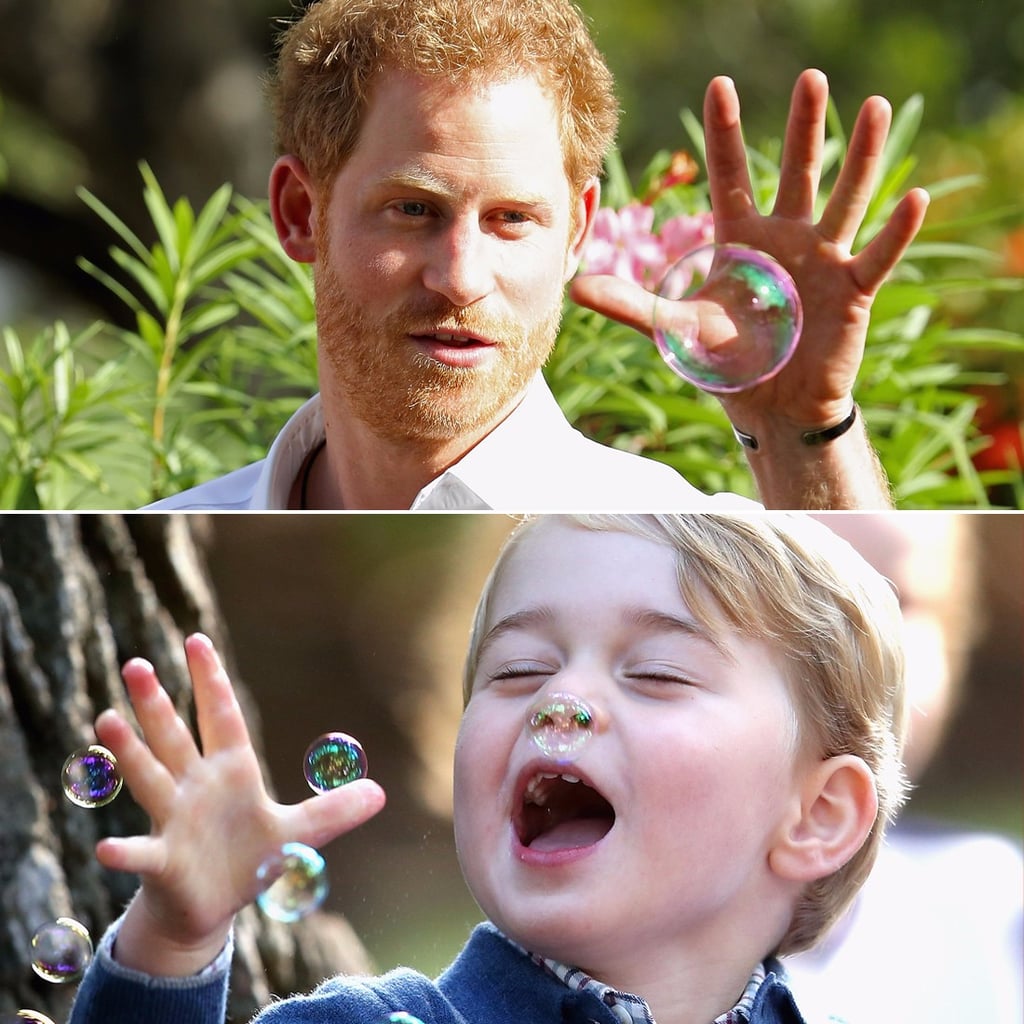 Confirmed: Prince George Gets His Love of Bubbles and Balloons From His Uncle Harry

Prince Harry is currently on his 14-day tour of the Caribbean, and we've already gotten a handful of adorable moments between him and the locals of Antigua. After touching down in the country on Sunday, Harry made his way to a special ceremony and had a ball while playing sports with kids at a youth centre on Monday. Later that day, he made a visit to the Government House for a charity showcase, during which he had a ton of sweet interactions with another group of children; Harry checked out their art projects, played with balloons, and blew bubbles. His fun field day instantly reminded us of the one his niece and nephew, Princess Charlotte and Prince George, had during their royal tour of Canada in September — look through now to see Harry's love of bubbles and balloons along with George's, side by side.

Related:
See Kate and Diana's Sweetest Mum Moments, Side by Side
Previous Next Start Slideshow
The RoyalsPrince GeorgePrince Harry