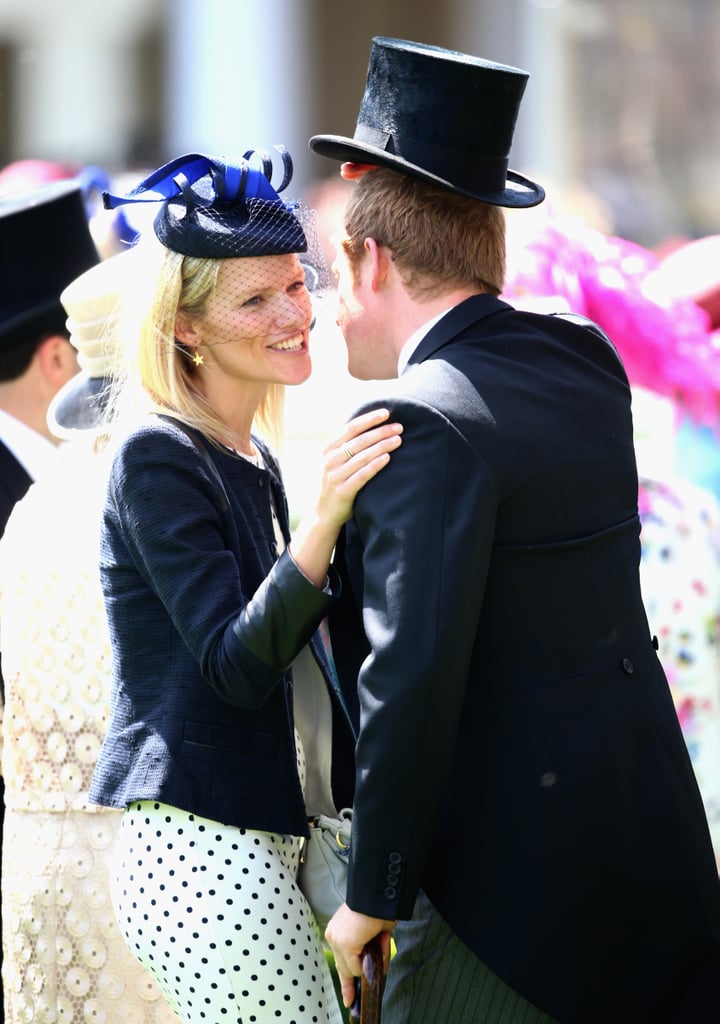 Prince Harry made his Royal Ascot debut on Tuesday, when he arrived on the first day of races alongside his grandmother Queen Elizabeth II, Prince Philip, and his uncle Prince Andrew. After the royal procession, Harry mingled with his friends and other family members, including Princess Beatrice, Princess Eugenie, and Zara Phillips. Like a good royal, Harry made a point of tipping his hat every time he greeted someone, including a pretty blonde who was talking with Beatrice, Eugenie, and their friends. (We all know that Harry loves blondes.) Perhaps Harry's appearance at the famed horse-racing event was a way to make up for missing Monday's Garter Service, which was attended by the Duke and Duchess of Cambridge and most of the senior royals. Because Harry is not (yet) a member of the Order of the Garter, he had no real reason to attend the event. However, Harry was on hand to give Kate Middleton a case of the giggles on Saturday, when he attended Trooping the Colour alongside his family. On Sunday, he helped his big brother celebrate his first-ever Father's Day during a charity polo match.