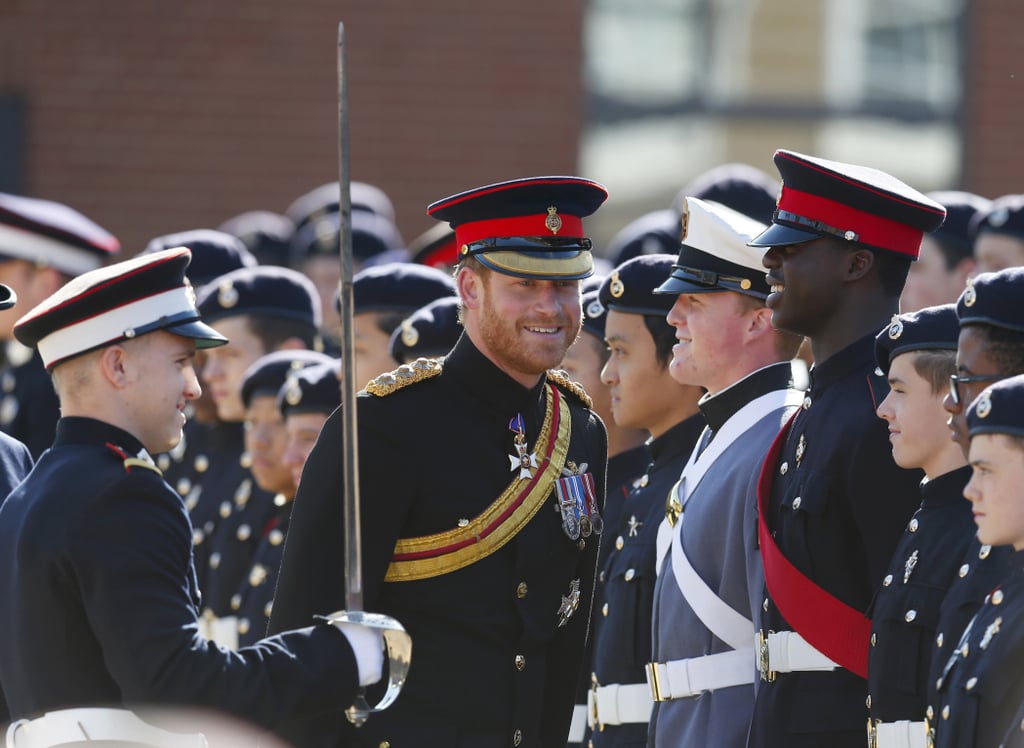 Prince Harry made a surprise appearance at The Duke of York's Royal Military School in Dover on Monday. The famous redhead, who managed to keep his appearance mostly under wraps, looked handsome in his distinctive ceremonial uniform of the Blues and Royals regiment. He also showed off his sexy facial scruff while greeting the unsuspecting students. "People behind me were asking who it was, and when I told them, they wouldn't believe me," student Bradley Benhan said.

Harry's surprise appearance is just the latest we've seen of the handsome bachelor. After attending the Rugby Welcome Party in London on Sept. 17, Harry stepped out with his brother, Prince William, on Sept. 23 to help renovate homes for Armed Forces veterans. He then tagged along as a cute third wheel on the Duke and Duchess of Cambridge's Sept. 26 date. Keep reading to see more of his latest outing, then check out the most hilarious signs that people have made for Harry.