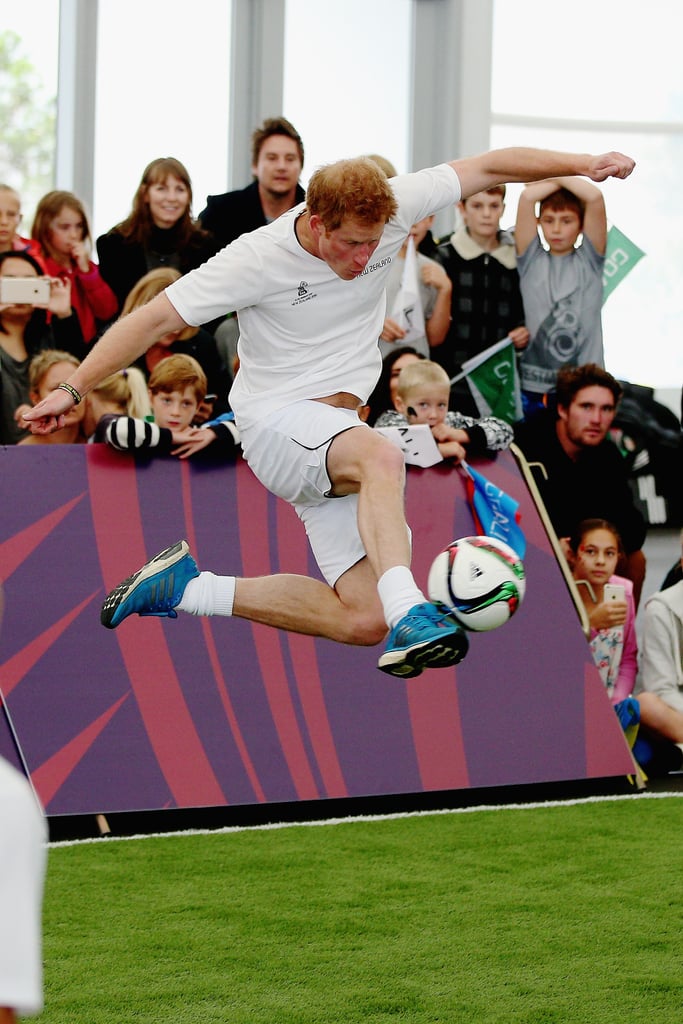 Prince Harry's athletic prowess was almost more impressive than his sexy looks on Saturday. During his royal visit to New Zealand, Harry laced up to play football at a FIFA U-20 event in Auckland. The prince was as dashing as ever, showing off all sorts of moves with an infectious grin. The game was just one part of his busy day, which also included a weight-lifting session.

As royal baby mania reached a fever pitch in England this month, Harry grabbed headlines of his own when he opened up about wanting to be a dad. Meanwhile, Harry has given and received plenty of love on his trip abroad. On Friday, he had a true Prince Charming moment with a girl he called a "little Cinderella."