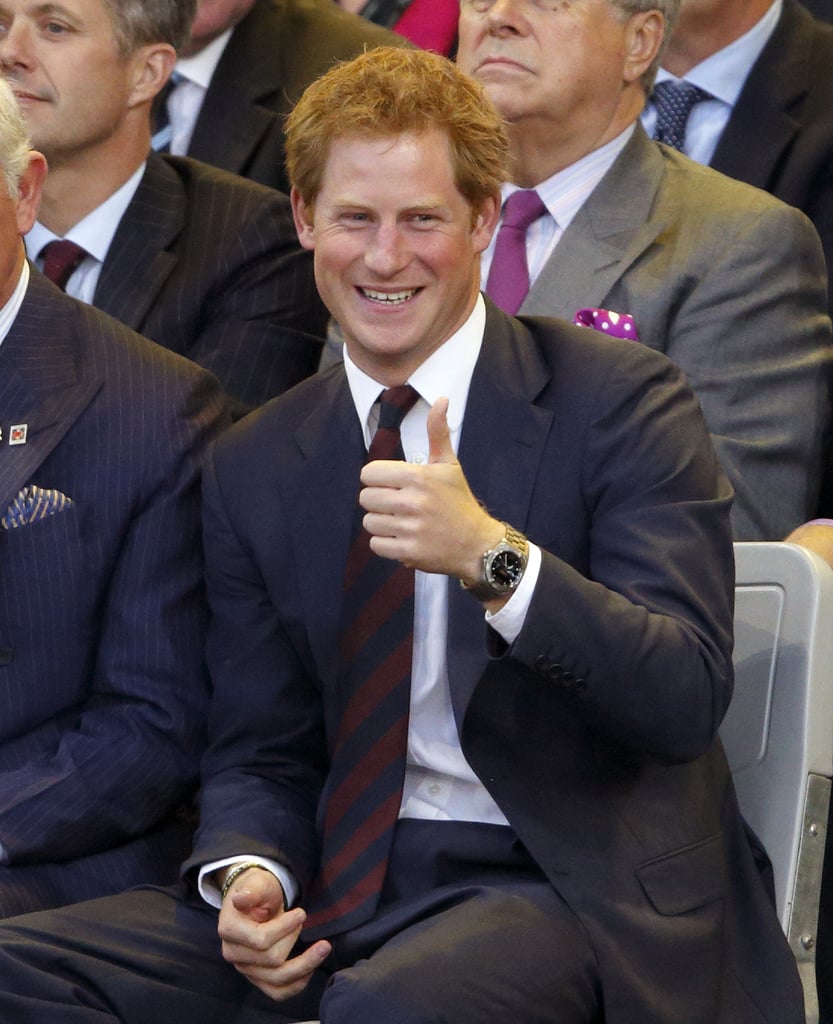 All eyes were on Prince Harry on Wednesday night when he launched his Invictus Games in London alongside Prince William, Prince Charles, and Camilla, Duchess of Cornwall. (The Duchess of Cambridge was slated to appear at the opening ceremony but had to pull out at the last minute due to her acute morning sickness.) The young royal, who turns 30 on Monday, was seen smiling from ear to ear as he sat with his family during the Games' opening ceremony but later got quite serious while giving his opening speech, honouring the disabled servicemen and women from around the globe who would be competing.

The Games are designed as a Paralympics-style event but with a focus on those who were injured during combat. Harry, who has served two tours in Afghanistan, created the Invictus Games after seeing the Warrior Games in the US during a royal visit in 2013. The plight of injured servicemen and women is a cause close to Harry's heart, as he has supported numerous charities for veterans and even hiked to the South Pole in 2013 to raise money for the Wounded Warrior Project. Watch Harry's big speech below, and keep reading to see more photos of Harry and the royal family at the Invictus Games.

British Celebrities
James Corden on Prince Harry's Departure From Royal Life: "I Cannot Imagine Any of It Is Easy"
by Tori Crowther 10 hours ago