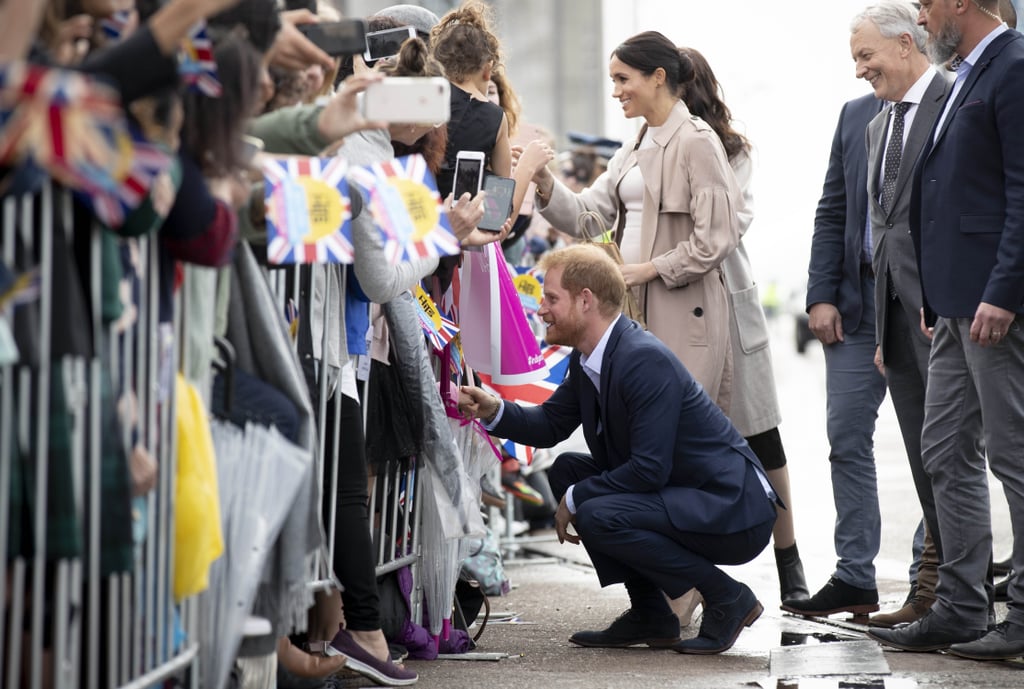 During Prince Harry and Meghan Markle's royal tour, there have been a number of touching moments the two have shared with fans. Meghan has comforted a crying boy while Harry has shared a personal conversation with a woman who lost her husband. Harry's recent interaction with a 6-year-old boy is yet another example of how kind the royal duo truly is.

While on a public walk at Viaduct Harbour in Auckland, New Zealand, on Oct. 30, the Duke of Sussex made a special effort to talk to the young boy named Otia Nante. Harry found out that Otia lost his mother to suicide and gave him a few words of encouragement. "Life will always be all right. You know that?" Harry said. "I've made it to 34 years old and life is great. I have a beautiful wife and a baby on the way. Your life is going to be sorted. Don't you worry about that."

Related:
10 Moments From Harry and Meghan's Tour That Show They're Going to Make the Best Parents

Harry is certainly familiar with the feeling of loss at such a young age. He was just 12 years old when his mother, Princess Diana, died in a car crash. Harry has previously opened up about losing his mother, admitting that he wished he didn't hide his grief for so long. "I really regret not talking about it," he said in an interview with BBC News. "It is OK to suffer, but as long as you talk about it. It is not a weakness. Weakness is having a problem and not recognising it and not solving that problem."

Clearly, Harry is using his experience to help young Otia get through a tough time, and it's purely heartwarming. See more pictures of Harry and Meghan meeting fans at Viaduct Harbour ahead.